If you haven’t already, read the previous article for “Royal Dragon“.

After last episode’s ending, which had Jessica Jones crash a car through the entrance of the Royal Dragon, only to join up with the rest of the team to fight off against the fingers of the Hand and their henchmen. Madame Gao, Murakami, and Sowande all gather their warriors and Murakami leaps off a ledge into the restaurant. Stick instructs Matt, Jessica, Luke, and Danny to stick together but the Devil of Hell’s Kitchen runs off from the group to chase after Elektra. She, yet again, hesitates to kill him and Murakami is thrown against a wall after witnessing the “defection” of the Black Sky. Luke tries taking on Sowande alone, but he is pushed into a street, only to get hit by a truck. The remaining Defenders escape into the sewers right before Madame Gao leads her men outside. 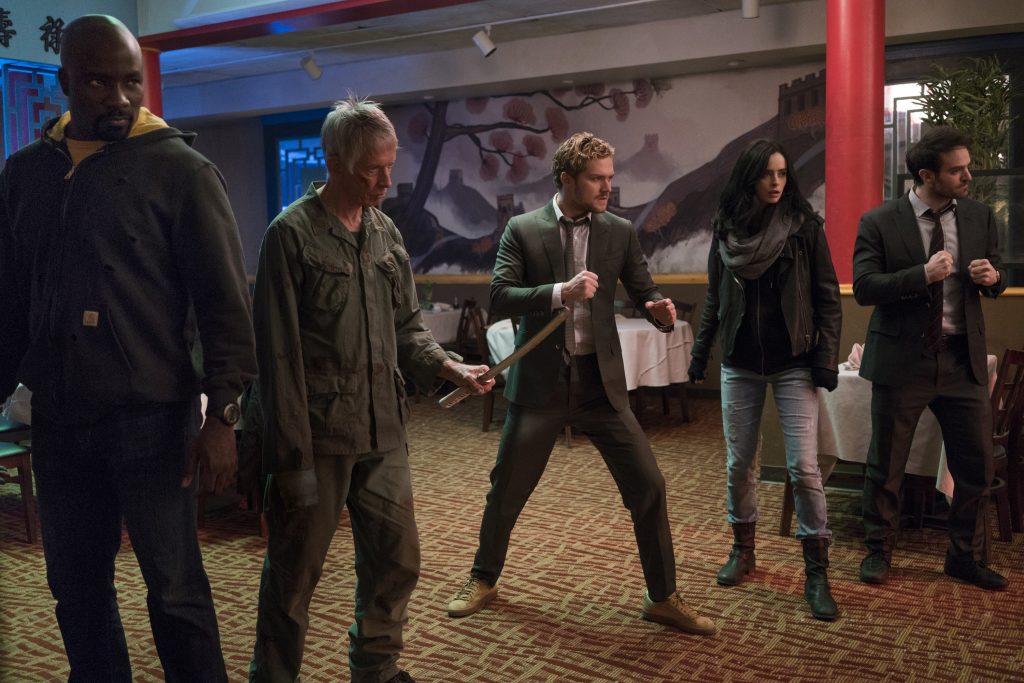 The gang heads to Chikara Dojo and soon, they are greeted by Luke, who is totally fine. Luke arrives, and he says that he is fine. He then takes them to a van, revealing a tied-up Sowande in the back.

Alexandra tells Elektra about a daughter she had in a past life, her first life, in fact. This daughter died before Alexandra took up the Hand and before she realized she was meant to raise the Black Sky. Murakami interrupts to inform them that Sowande has been captured.

Back at the warehouse, Sowande goes the classic action villain route, telling them nothing and threatening them. He also calls Danny the “dumbest Iron Fist yet” to unleash some sort of rage within him. Jessica then proceeds to knock him unconscious. 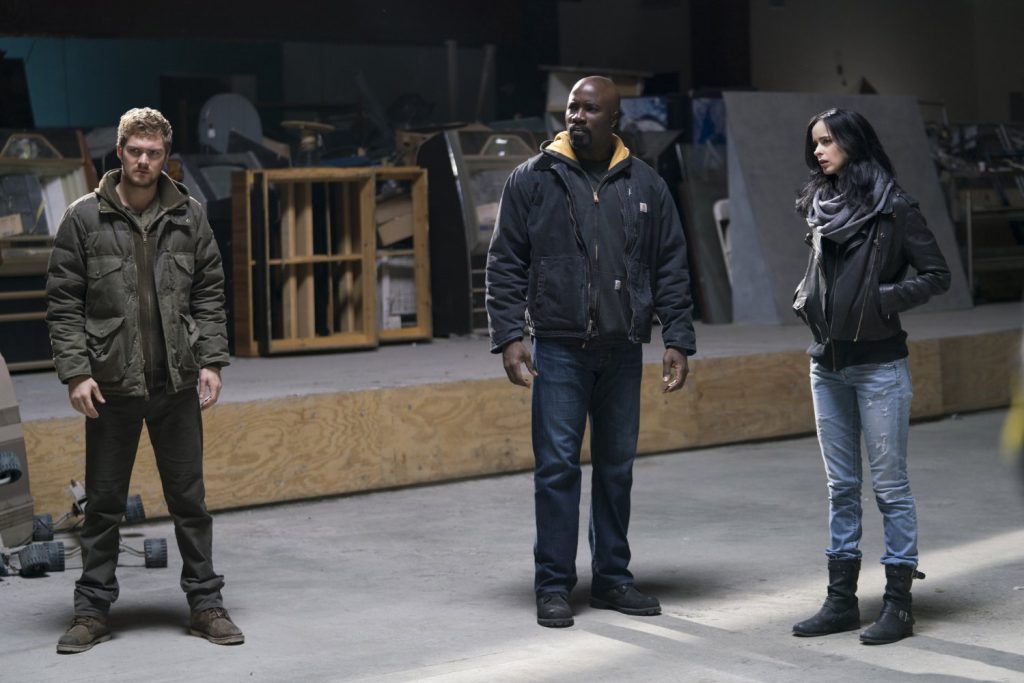 Luke runs back to Claire’s place and tells her to get her things. She has a pretty good guess of what’s going on, so she does as he says.

Colleen and Danny track down some more Hand members, and while the former is wandering the alleys, she is cornered by none other than her former sensei, Bakuto. After trying to goad her into joining him once again, he slices her stomach and is about to finish the job when Danny, Luke, and Claire arrive on the scene.

Matt finds Karen and reveals that they know who he is and that he is going to don the suit and mask once again. She does not approve of his decision. 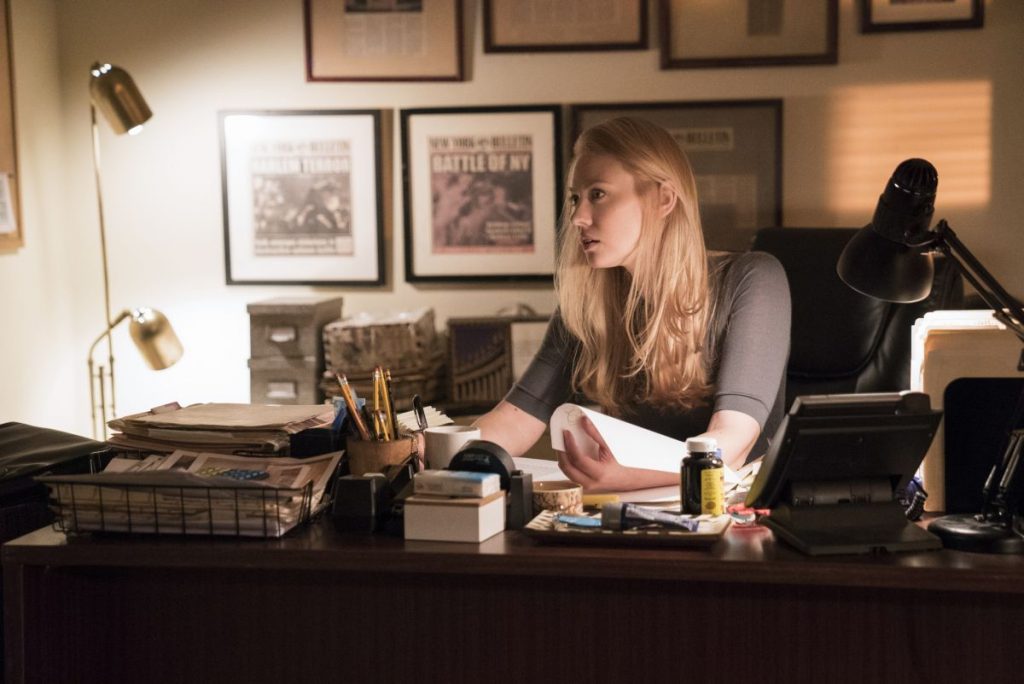 Luke finds Misty at the precinct, and she tells him that everything is under control, before asking if he was the one who was responsible for what went down at the Royal Dragon.

Jessica, who hasn’t gotten much of the spotlight in this episode, is at her apartment deleting all of the photos she took of the records, when she realizes that the signatures all belong to one person, different names aside. She walks over to the Raymond household and is informed that there’s a man in a car watching them. She attacks him and forces some info out of him…her way.

She tracks down Trish, who is at a meal with some clearly important people. Right as they exit the fire-escape stairwell, Murakami ambushes them, right before Matt shows up-costumed and all to save the day. 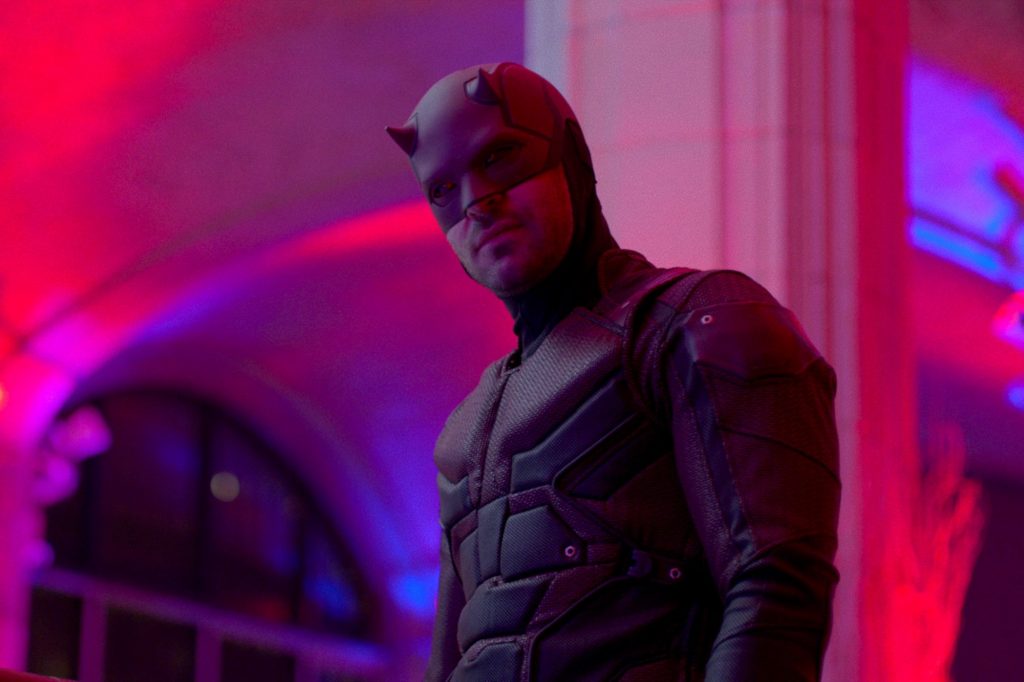 Daredevil and Jessica arrive back at the warehouse to interrogate Sowande some more. The former uses his tools to choke the Hand member until he passes out once again. Stick makes Matt tell the truth about him and Elektra to the whole group.

The other four fingers of the Hand meet, and Alexandra uses the one’s kidnapping as a way of saying that everyone is expendable. Bakuto lets her know that she is as well. Murakami suggests that the Black Sky and Alexandra should be absent from the plan.

While Matt is explaining to the group his history with Elektra, Sowande wakes up, cuts himself free and holds a knife to Danny’s throat. Stick decides to end this by just slicing the man’s head off with his sword.

Alexandra goes to Elektra’s room, but she’s absent. We pick up with her on Matt’s apartment rooftop. She climbs inside and makes her way to his room, lying on the bed and hugging the pillow. 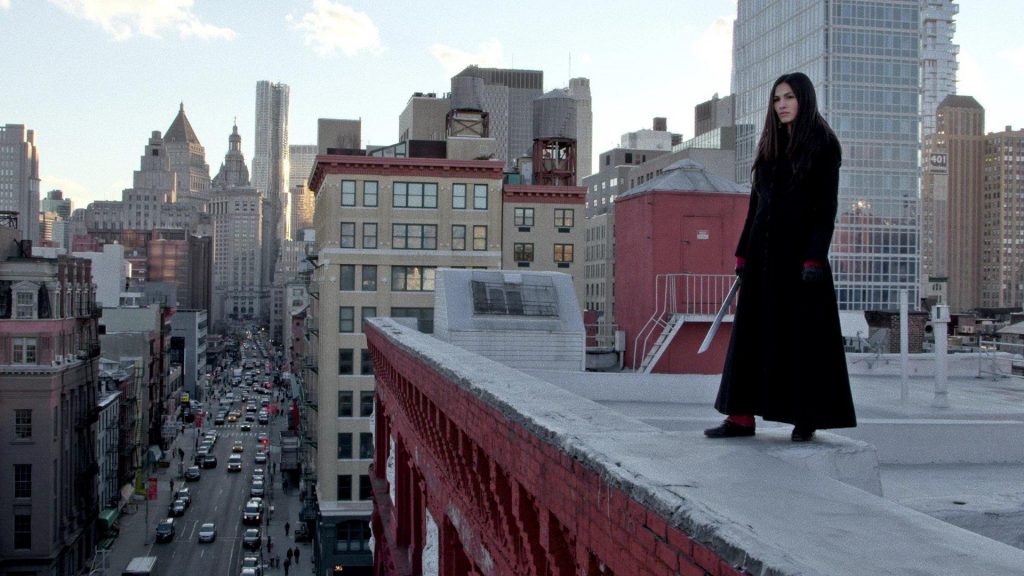 Elektra’s costume in this show is much closer to the comic counterpart than it was in Daredevil‘s second season. Her donning the classic red outfit is a step in the right direction. 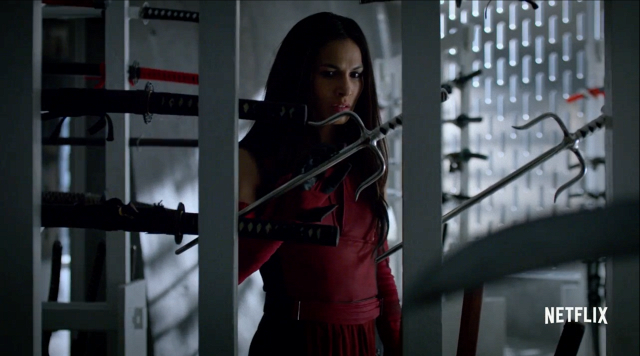 Unless you’ve been living under a rock, you’ve likely already seen this incredibly tantalizing new trailer that debuted …