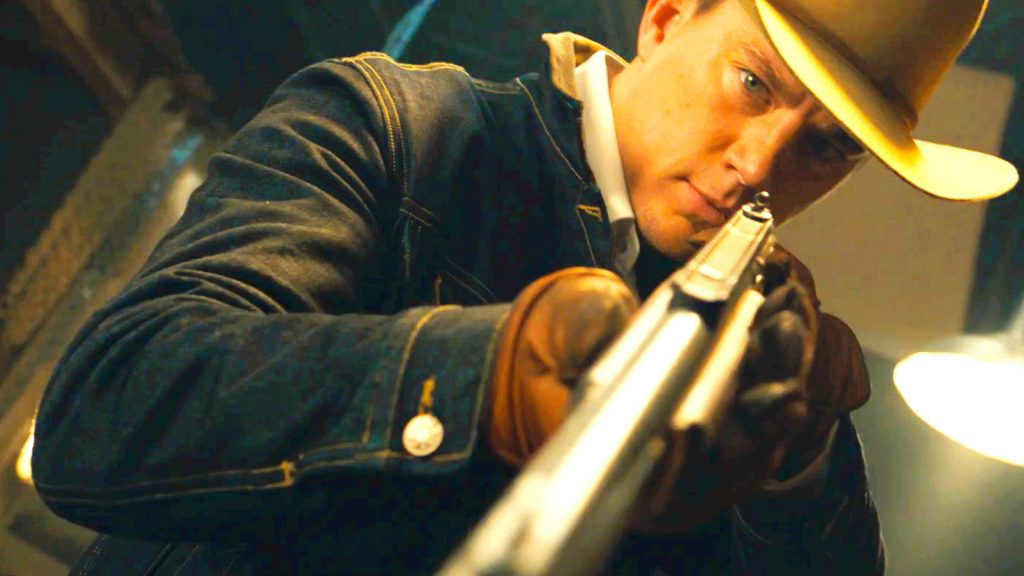 If robot dogs, Kentucky gunslingers and a maniacal villain hell-bent on killing millions is your cup of four o’clock tea, then the sequel to Kingsman: The Secret Service will satisfy those who became ardent fans with the 2014 installment. In the first film, a secret spy organization recruits a young man off the streets, unrefined, but proves his worth against a crazed madman intent on killing millions of people across the globe. In Kingsman: The Golden Circle, central headquarters is destroyed and the world leaders held hostage against the threat of viral contamination… and Eggsy, one of the few to survive the attack on Kingsman, must surface out of the shadows and combat the evil menace.

The 2014 spy comedy was essentially an over-the-top spoof of the James Bond franchise, serving up equal parts black humor, double entendres, and stylized action sequences. Directed by Matthew Vaughn, based on the comic book series of the same name, the film won over critics and became a financial hit for the studio. Some criticized that many of the violent scenes were over the top, but Vaughn defended his decision to film the script as conceived by explaining that the film was meant to be a roller coaster ride.

In the sequel, Julianne Moore plays Poppy Adams, a maniacal genius who made billions selling meth, pot and other illegal substances, laced with a special chemical that is designed to kill the users unless a ransom is paid — Poppy is not asking for money, but for Congress to pass a bill allowing the legitimate sale of marijuana in the United States. Basing her characterization on Gene Hackman’s performance as Lex Luthor in the Superman movies, Moore does a better job as a villain than Samuel L. Jackson in the prior installment.

With most of the Kingsmen killed off by a surprise attack, led by Poppy Adams, Eggsy, and his friends enlist the aid of their American counterparts, the Statesmen. Academy Award winners Halle Berry and Jeff Bridges join the cast, along with Channing Tatum, to aid Eggsy into a revenge kick against Poppy and her henchmen.

Vulgarity used liberally throughout the film, perhaps too much. Swearing in movies has never been a concern for me but in this case, it was used in abundance — half of which was unnecessary. There are a number of references to 007 throughout. Eggsy uses a number of gadgets that can be found in Connery-Bond movies including a knife in a shoe and an armed suitcase, along with ordering a martini — twice.

Kingsman: The Golden Circle was not meant to be compared to the James Bond movies, nor taken seriously. Thankfully, this sequel is as good as the first film… something difficult to say with most movie sequels.

Official Synopsis: A new chapter in the beloved RING horror franchise. A young woman becomes worried about her …

Starting on October 1st, I will be reviewing horror films, one for each day of October. On the …