After the mind bowing events of the opening 2 episodes, Star Trek: Discovery entered in its 3rd chapter in a more pragmatic state of mind. What felt more like a prologue before, instead began to create a wider sense of the direction in which this new series will inevitably lead, in turn, feeling all the more wonderous and adventurous as we go.

“Context is For Kings” is the first episode of Star Trek: Discovery to finally bring us face to face with the titular starship that the crew will reside. Its opening glance is majestic pan from hanger bay doors to a full perspective of what this Ship has to offer. Much in the keepings of the most recent iterations, the ship boasts exuberant colours, a crew of meticulously crafted beings and organisms and an underbelly not quite as it would originally seem.

6 months after her mutiny on the USS Shenzhou, Michael Burnham appears to be beginning her lifelong stretch in prison by being transported to one of the many Dilithium Mines around the Galaxy. Unfortunately for her, it doesn’t take long for the situation to change and instead she finds herself in the presence of USS Discovery Captain Gabriel Lorca (Jason Issacs). A man bent on winning the war with the Klingons, suffering substantial injuries to his sight that causes him to struggle under intense light, a trait he believes “makes him mysterious”. 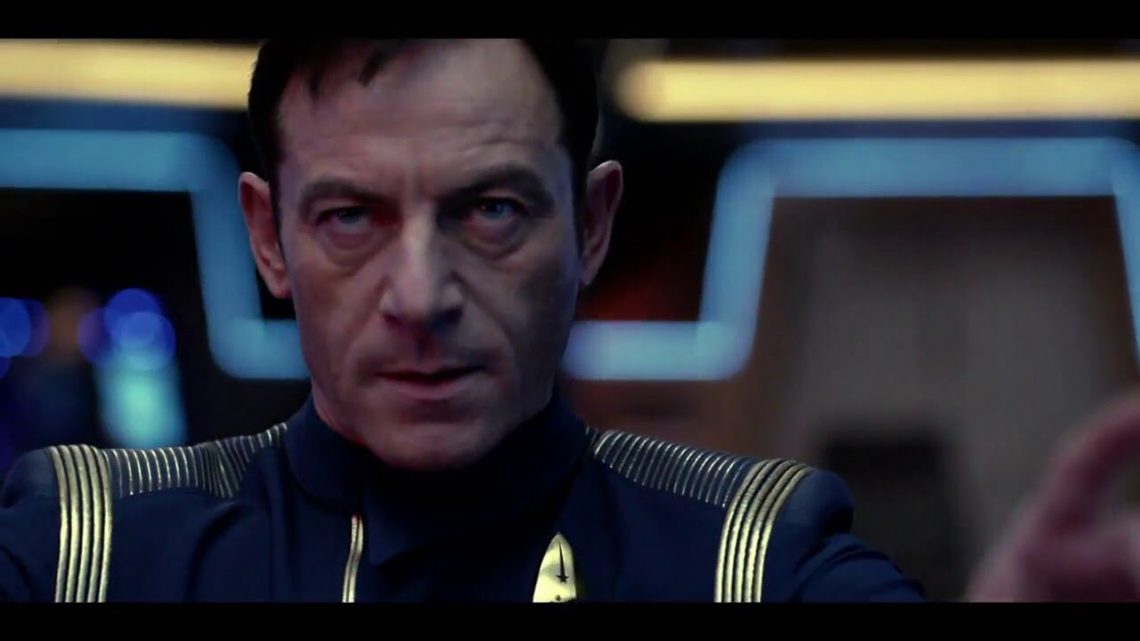 Clearly bound by remorse for the death of her former captain, Burnham at first refuses the invitation by Lorca to aid his engineering crew in their work, however, his insistence and apparent jubilation at her presence forces her to comply with her new Captain.

As with most Star Trek series’ before it, Discovery does not shy away from the feeling of heart and warmth within the crew of its titular Starship. This no better quantified than with the introduction to Cadet Silvia Tilly. A naive, timid Cadet that joyfully perceives the Universe as any bright, young member of this crew ever would. 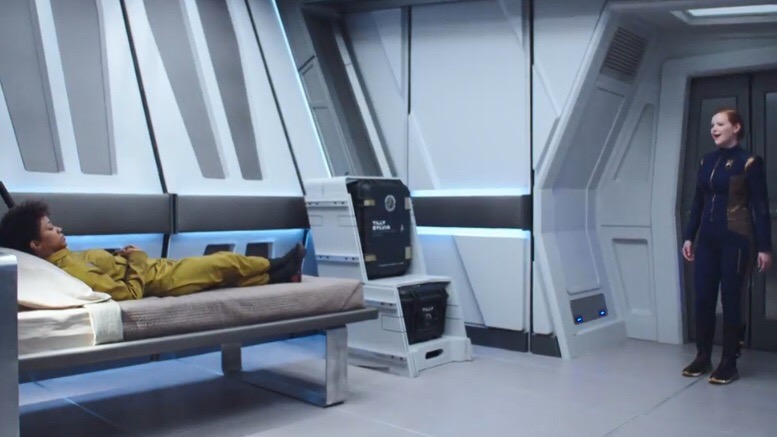 From here on the episodes takes a turn for the more mysterious. Mentions of this being a Science vessel continue to resonate throughout, as well as the phrase “Black Alert”. A declaration only those that have been briefed on can discuss at length.

On her way to her new Station, Burnham meets her old colleague Saru, now a first Officer after the valour he showed during the incident on the Shenzhou. His fear and disdain towards Burnham are made abundantly clear, claiming he intends to do a better job protecting their Captain than she had ever done.

What ensues is a fairly subdued period about the ship’s main objective. At first, the mystery resides within what the biological element of Burnham’s code could be. However, after the sudden deaths of all crew members aboard the USS Glen, a ship currently studying a very similar entity, the mystery immediately becomes more prevalent. 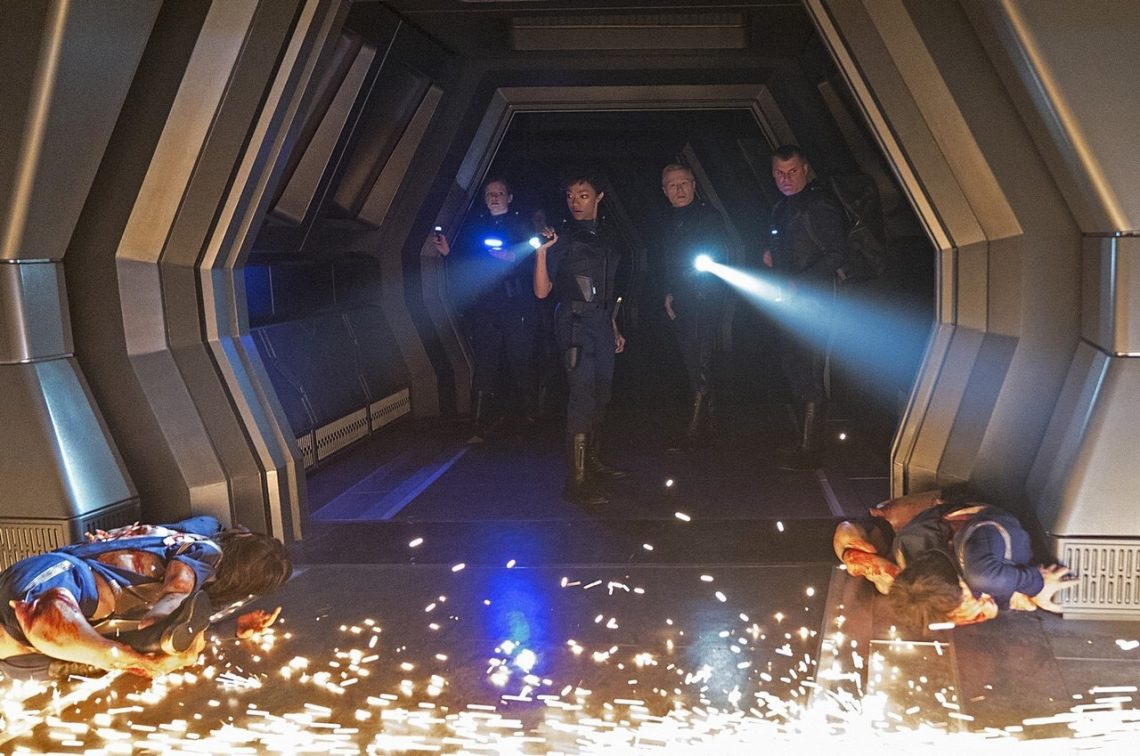 After a series of mutilated corpses, shushing Klingons and a last-ditch escape effort from a crazed creature, Captain Lorca offers Burnham an official position in his ship. Again Burnham obviously refuses, citing confusion as to why he would want her to start in the first place?

This for me is where the episode shows the most traction. As with the episodes before it, the moral dilemma of destruction or diplomacy has been one waged on every incarnation of Star Trek before Discovery. The difference is that every time the line has been drawn when it comes to violence and acts of war. This is not the case aboard the Discovery. It is no secret that Lorca wants to win this war. His aggression, persistence, and lack of understanding make for quite a ruthless Captain, one more reminiscent of Kirk than anyone else. It is this mystery, this ruthless nature that appears to drive him to contain the creature that had mutilated the bodies of everyone on the Glen and begin to study it in the effort to defeat the Klingons. 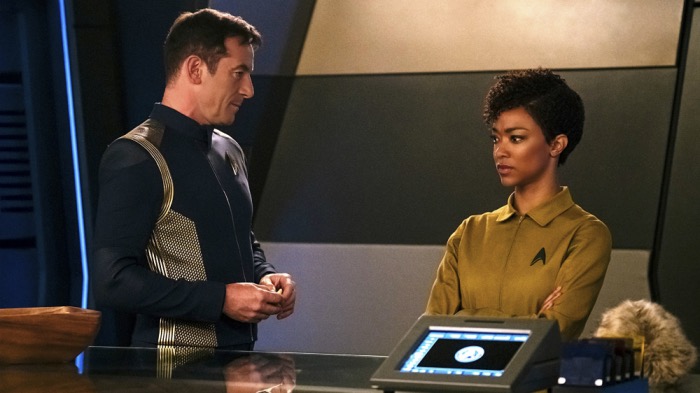 Finally, the most confusing element to “Context is For Kings” is that it seems as though the Discovery has found a way of propelling itself around the Galaxy at a mind-blowing speed. Its use of Microscopic beings causes the recipient to be literally sent anywhere in the blink of an eye. What’s confusing is how this is possible? Lorca describes it as a “web” however how a person can get from one side of the web to another in an instant is yet to be seen.

All in all “Context is For Kings” did more to extend the overall story than anything before it. Unlike its previous offerings, we as an audience can now fully appreciate what to expect, speculate on where the crew will end up next, and anticipate a war that should set the tone for a bold new generation of Star Trek fans.