The film’s opening titles set the tone early for how perfectly campy and hilarious the movie will be. Instead of having the cast on plain backgrounds, they are revealed alongside a Disney-esque animation with silhouetted characters and skeleton bones spelling out the film’s title. And what a campy and hilarious movie it is. The duo are comedic geniuses in this film, blending three things I love: campy horror, classic monster films, and slapstick. There are plenty of moments that make you laugh out loud. In fact, there are too many to count. 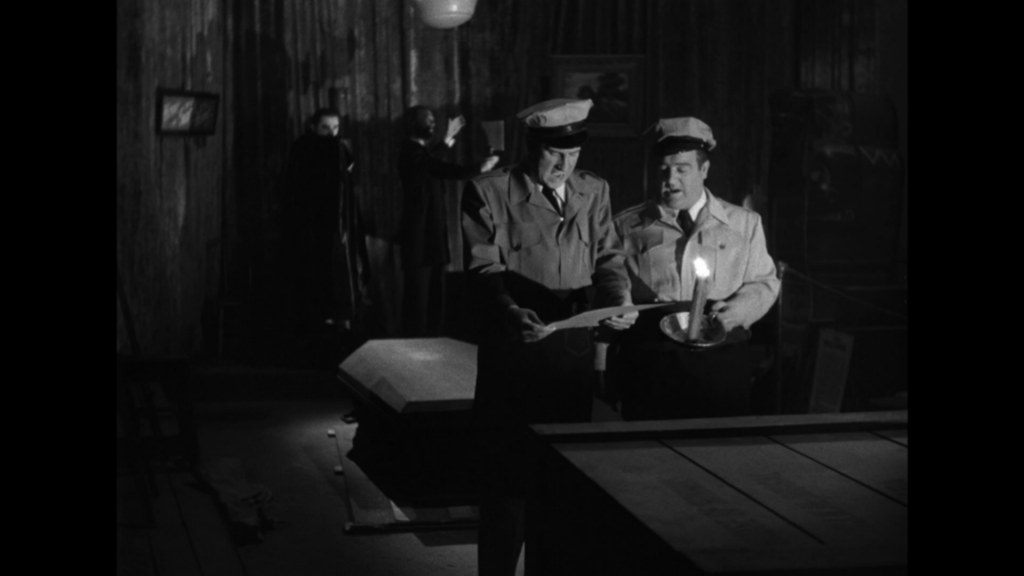 This film doesn’t take itself very seriously, which many may find annoying. However, there is a balance between crazy and serious. There are characters that can definitely be taken seriously and some that are comedically portrayed. It works very well and it a nice change from the over-serious flicks prior to this film’s release. The writing is very strong and leaves a lasting effect, and the acting is great as well. The environments are nothing new, but they serve a purpose and are substantial enough to the story. The ending scene is also perfect, providing the audience with a Vincent Price cameo as the Invisible Man.

Abbott and Costello Meet Frankenstein is one of the prime examples of how to blend horror and comedy. By tossing three of the most iconic Universal Monsters in the mix (four if you count the ending scene), Universal proves yet again that it knows how to provide a fast-paced, interesting, and consistently entertaining popcorn flick. I’m going to give it an A+. 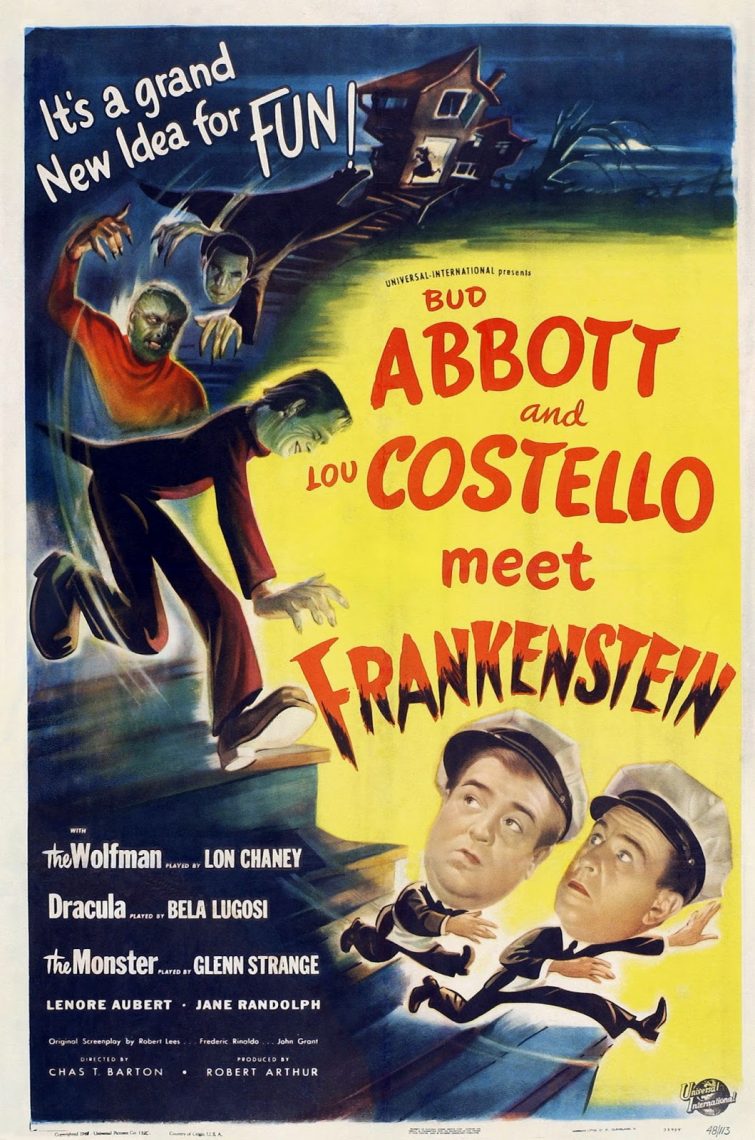