It’s the retro figure that can go from a phone booth to fighting evil faster than a speeding bullet! In conjunction with Emerald City Comics (www.emeraldcitycomics.com), Figures Toy Company has just released their latest exclusive from DC Comics; the “Transforming” Clark Kent figure! 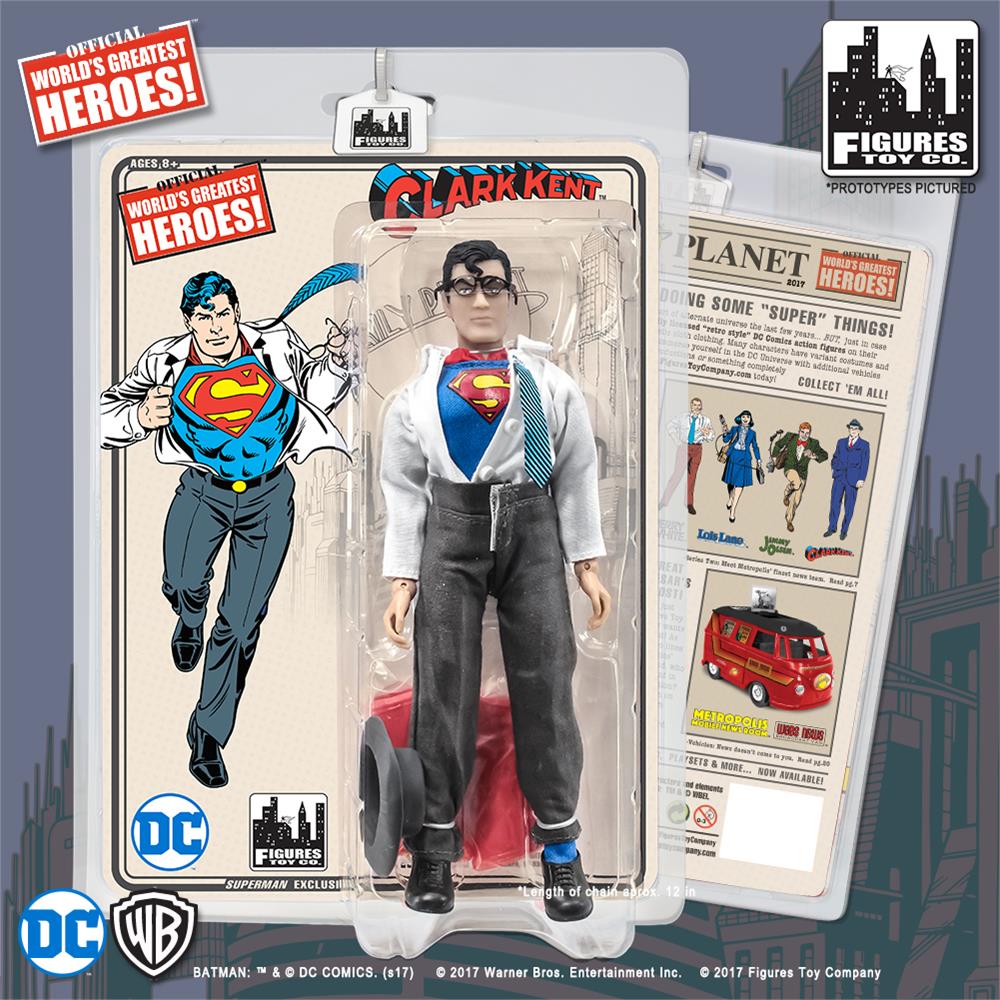 Everyone’s favorite mild-mannered reported comes clad in his civilian clothing, but you might notice the “S” on his chest bursting through. That’s because this Clark Kent figure comes with all the accessories he needs to make him into the Man of Steel! A full Superman costume, complete with cape and boots, is included along with all of Clark’s clothing, like removable glasses and his trademark fedora! 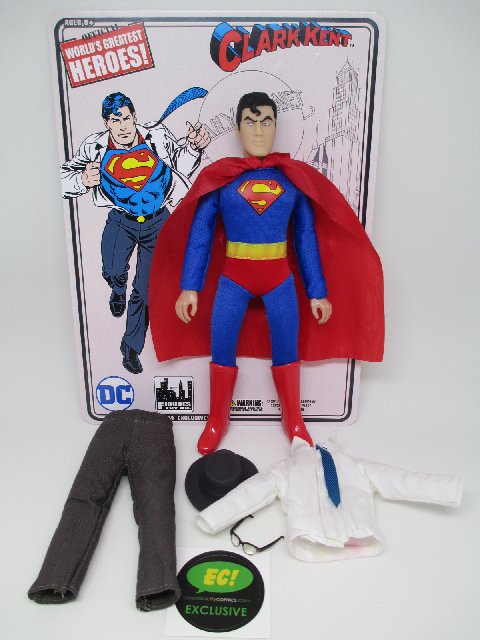 The new Clark Kent figure is sure to appeal to the millions of Super-fans out there, but they’ll have to act faster than a speeding bullet to get it in their collection! This figure is a limited edition of only 200 pieces worldwide, and is only available thru Emerald City Comics website! Visitors to FTC’s official site www.figurestoycompany.com will also find a direct link to the figure on Emerald City’s website. With DC heroes heavy on everyone’s mind thanks to the recent return of DC’s TV shows and the upcoming Justice League movie, now is the perfect time to add a few blasts from the past to your collection! Visit Figures Toy Company for retro style figures of all your favorites like Flash, Green Arrow, Batman, Robin, Aquaman, and all your favorite characters. There’s also more on the way for the holiday season, so be sure to keep up on all the latest FTC news right here at Second Union, and follow FTC on all forms of social media (@FiguresToyCo on Twitter, Figures Toy Company on Facebook/Instagram) for daily updates and info!

Mario Kart 8 Deluxe offers its players a wild ride! Those who skipped the Wii U will have a …

Welcome back to the 2U Showcase! This is where we’ll regularly share cool collectibles & pop culture …