Before last week’s dramatic shift in tone, Star Trek Discovery predominantly spent its time focusing on a universally recognizable concern: the morality of war. A concern that was driving the series in a bold direction towards what is potentially a memorable experience. For some reason, however, this focus has been replaced with more audacious concepts. 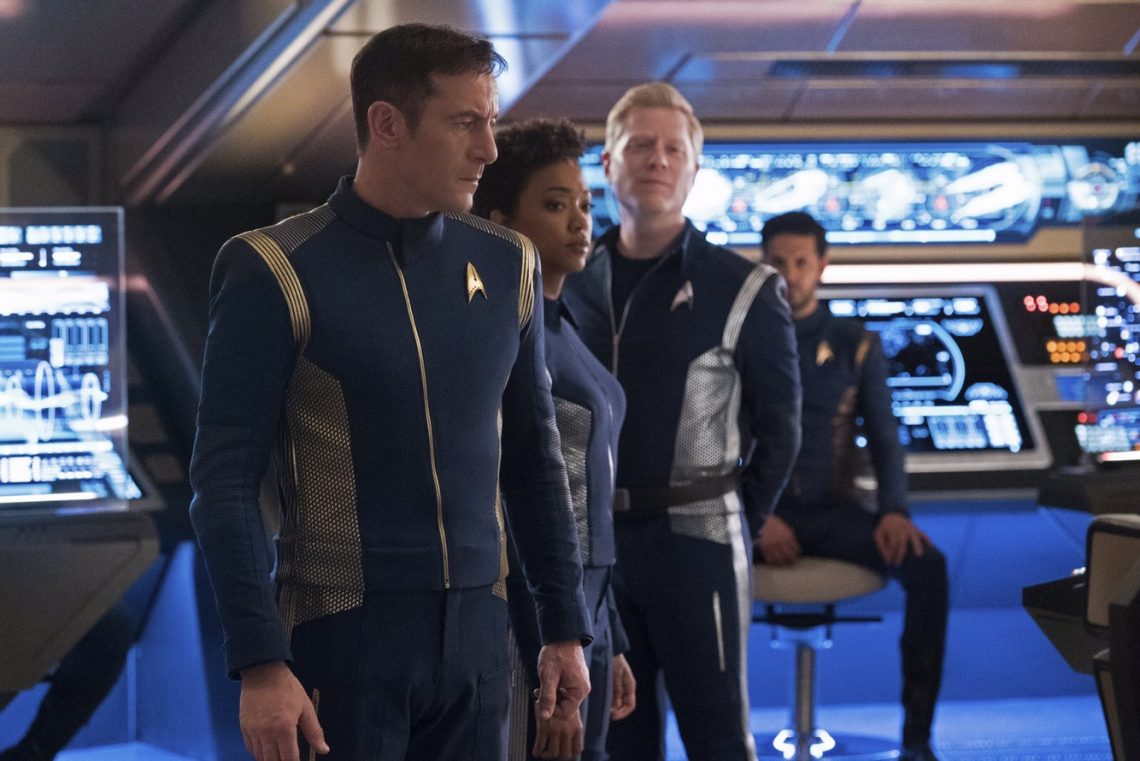 Last week decided to follow the family ties between Sarek and Burnham through the means of a surely convenient psychic connection. Now, if that didn’t bend your brain, I can assure you this week will.

Having escaped from that terrifying Klingon prison in some fashion or another, Rainn Wilson’s charismatic Harry Mudd returned to exact his immediate revenge on his sworn enemy Captain Lorca through the means of a temporal 30-minute time loop. 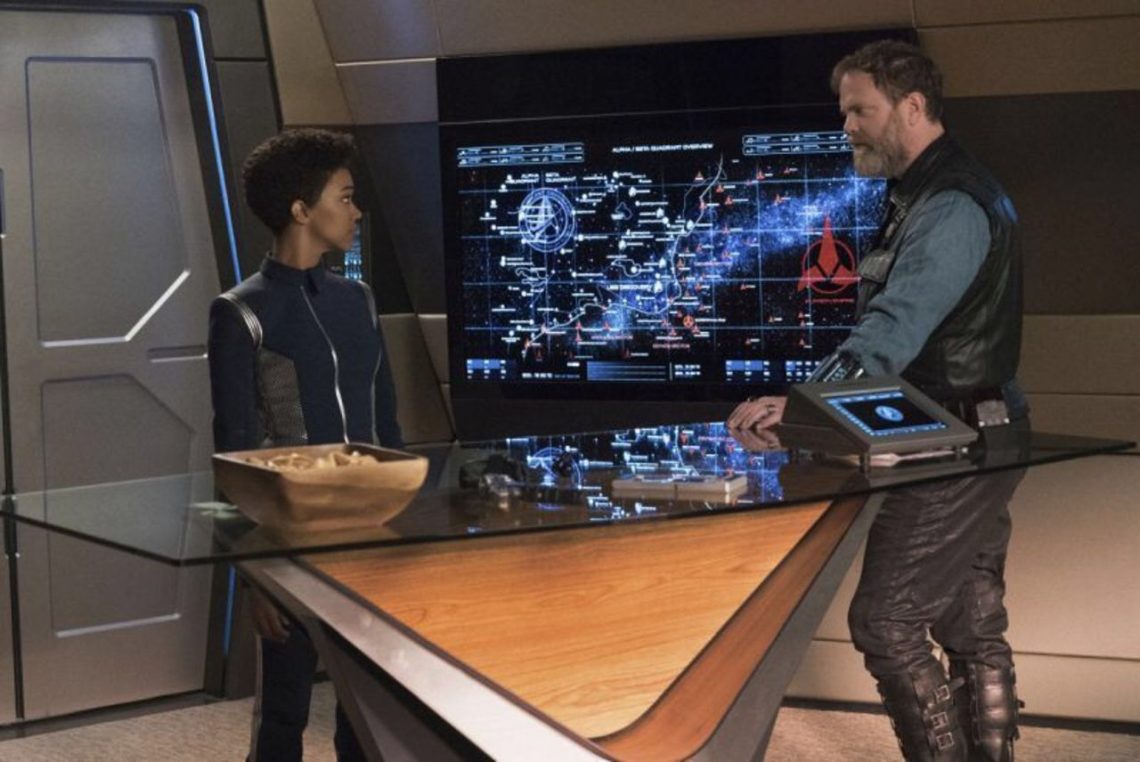 In terms of events, the episode itself contains quite few. For the most part, we are shown the same scenario where Mudd arrives, captures the Captain, and subsequently fails in his attempt to understand the Discovery’s Spore Drive. What was interesting though was again the use of Stamets, this time as the much-needed foil to Mudd’s villain of the week antics. Anthony Rapp’s development of the character from his first appearance to now has been a revelation to view. His ability to create a character that was once the biggest dick on the ship to most compassionate man in the Galaxy.

Overall, it felt far too soon for Mudd’s inevitable return to torment Lorca and his crew. His motives appeared rushed, as well as his almost instant escape from the prison he’d been trapped in for months beforehand. In addition to this, Stamets’ thankfully coincidental immunity to Mudd’s treachery left the episode fairly flat. At no point did it come across as though the danger before the crew would be anything other than a minor inconvenience. Hopefully, it’s just a prelude to something seriously unforgettable.

Official Synopsis: Two sisters vacationing in Mexico become trapped in a shark cage on the ocean floor. As their …

Making the trek to New York City for the 13th New York Comic Con at the Javitz Center? Good; …