If you’re a villain living in Gotham City, your criminal ways are bound to catch up with you sooner or later.  It looks like Batman has put another rogue away for a while, but Figures Toy Company is going to spring him from his cell and allow collectors to put him on home confinement!  The Prisoner Two-Face variant is ready to make a break for it! 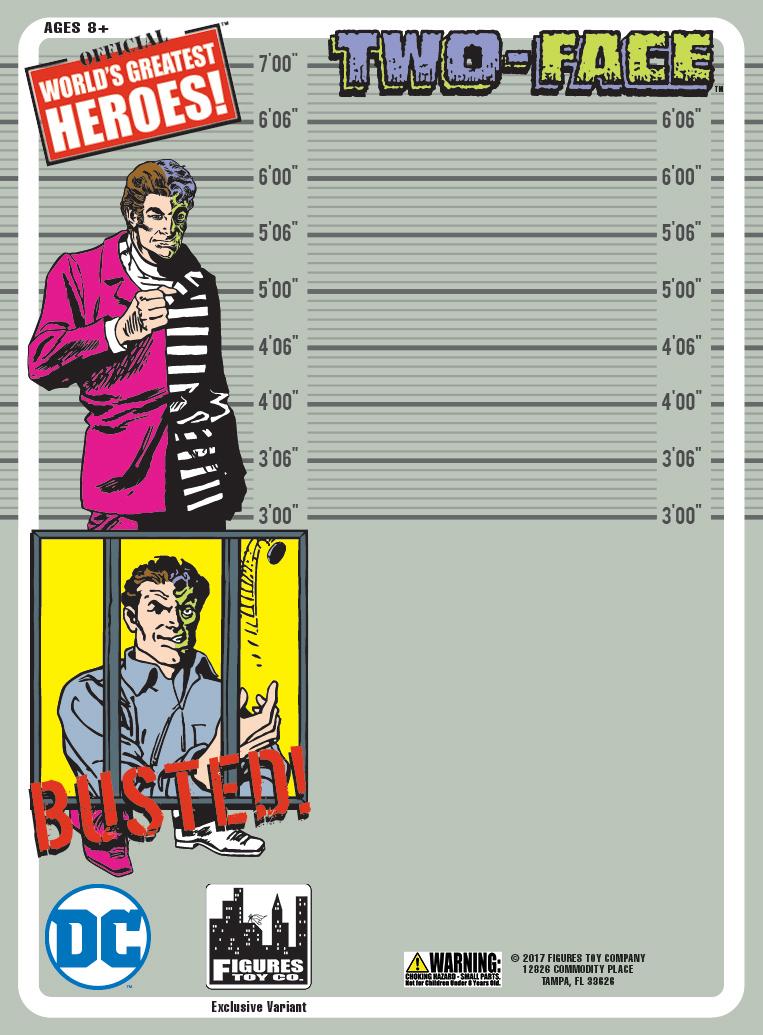 Dressed in a half suit (perfect for those courtroom appearances) and half prison garb, Two-Face is a variant of the previously released Batman Retro Series figure.  While the Caped Crusader would rather keep him behind bars, FTC has decided to add this updated version of disfigured Mr. Dent to their stock of superheroes and villains!

The Prisoner Two-Face variant is the latest in the long line of teaser images that Figures Toy Company is tempting fans with, and additional details will be made available closer to release.  While you’re waiting, www.figurestoycompany.com has plenty of other figures that you can put on lockdown right now, like the Batman Classic TV Series figures, and their new line of “KISSmas” figures featuring the members of the beloved rock band in Santa suits!  Make sure you’re following FTC on social media, and as always you can count on Second Union to have all the latest FTC news as it breaks!

It has been years since I watched a documentary as entertaining as Atari: Game Over. Available on DVD and …