BOOK REVIEW: The Art of PIXAR – The Complete Colorscripts And Select Art From 25 Years Of Animation 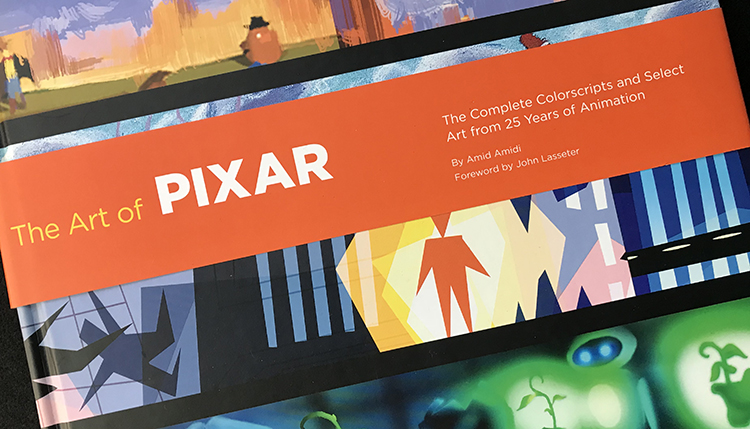 Before I discuss how this book displays Pixar’s art and story beginnings so beautifully, I’d like to comment in as thoughtful of a way as I can, that what has been in the news lately about John Lasseter isn’t lost on me. However, these films and stories are not the brainchildren of one person, nor are they executed by one person, and I don’t want the way he’s treated people to mold and blight all the hard work, creativity, and wonderful storytelling the teams at Pixar have gifted to all of us. There are hundreds of people who bring these stories to life, and I don’t want to spend more time than necessary on a person who made any of them feel like they weren’t valued or that they were disposable by him in any way. Going forward, I’ll focus on the makers who are so dedicated to their craft, and are so generous turning their skills into magic and sharing that magic with us. 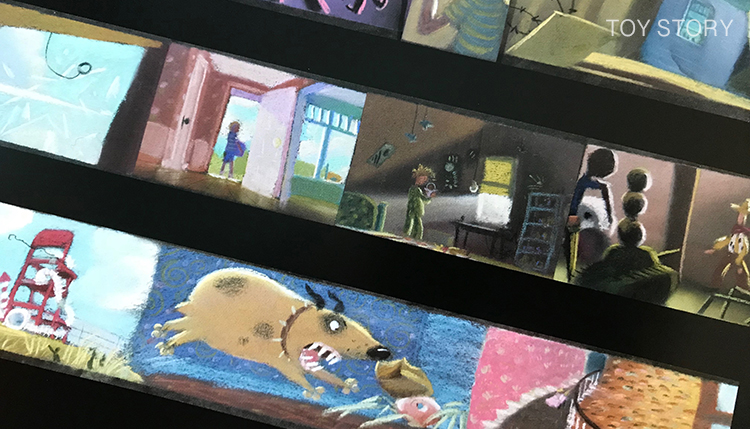 This book specifically showcases what’s known as colorscripts for Disney features and shorts that span 25 years. After a forward by John Lasseter, and before the 300 + page journey of color scripts for Toy Story, Ratatouille, Finding Nemo etc., Amid Amidi writes how Ralph Eggleston introduced the colorscript, and how his work on Toy Story anchored them into Pixar’s process and development of production design. 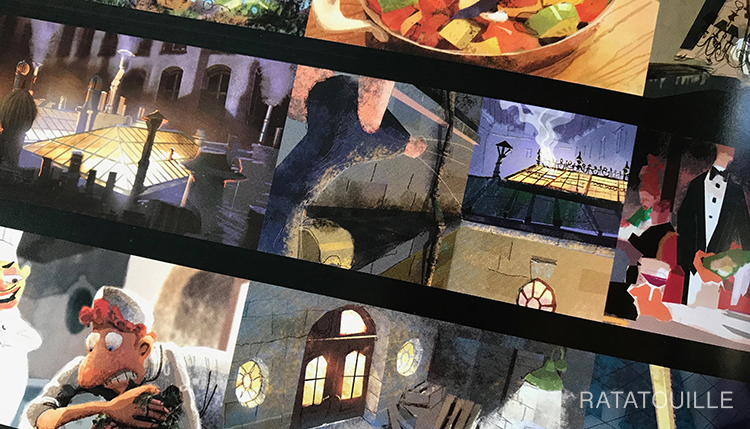 While this was the beginning of actual color development in their scripts, Disney Studios always used concept paintings that were, in essence, colorscripts to give mood and lighting cues to animators. 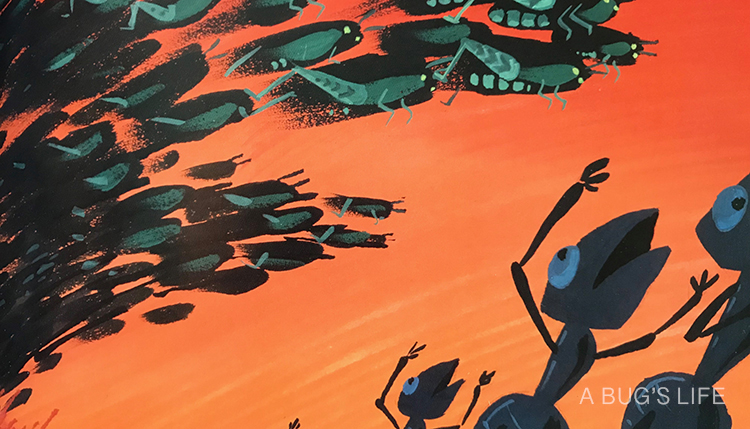 There’s a lot of history in the introduction, you’ll want to read it in its entirety. Also, I’d just watched a PBS American Masters about Ty Wong (Bambi, Rebel Without A Cause, The Wild Bunch as well as many others), I highly recommend it (though if you’re looking for a “feel good” story about Disney, this is not it). It does give a glimpse into what being an artist (and an immigrant) at a studio was like in the 1940’s. 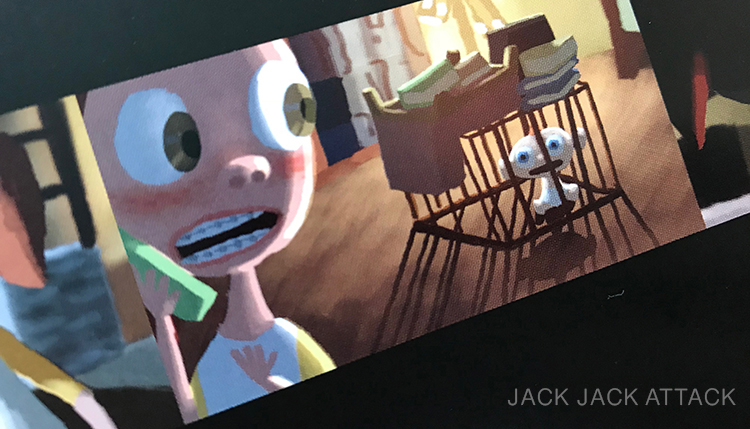 I was surprised by the abundance of black pages. But for the Contents, the Forward, and the Environments, each page is the blackest black, polished and rich. The colorscripts are vastly more saturated surrounded by it, visually quite overwhelming. 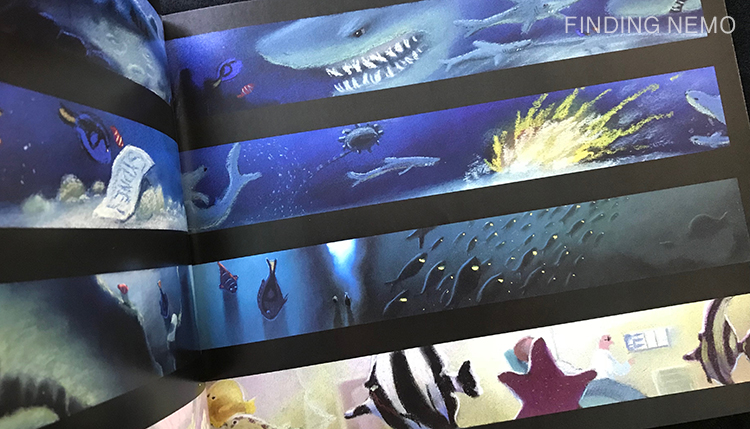 One can’t help but have one’s mind seriously blown, not unlike the first time we’d seen these films. They’re tiny versions of them, but the striking difference is, there’s little detail, and yet, every scene is familiar, showing how crucial these are to the storytelling.

From the painterly style used for La Luna (a short), 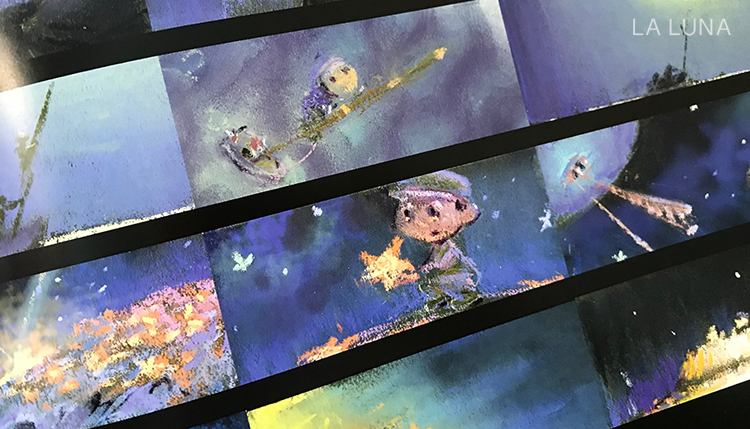 to the graphic, expressive simplicity of The Incredibles. 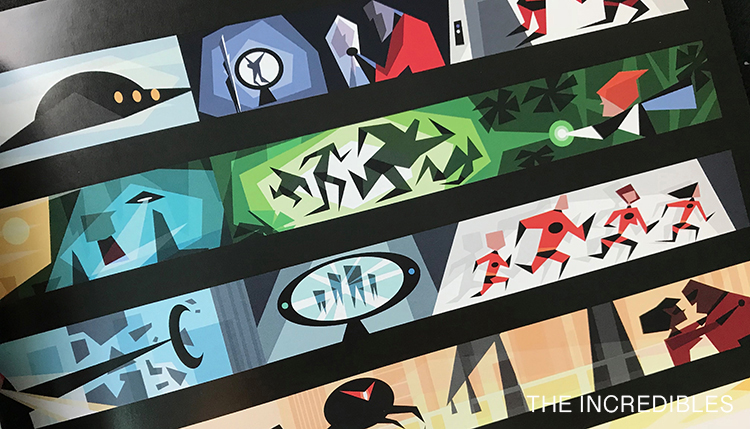 These colorscripts tell a story on their own, harmonizing color and light in the environments as well as the entire mood conveyed in a downturned or upturned eyebrow. 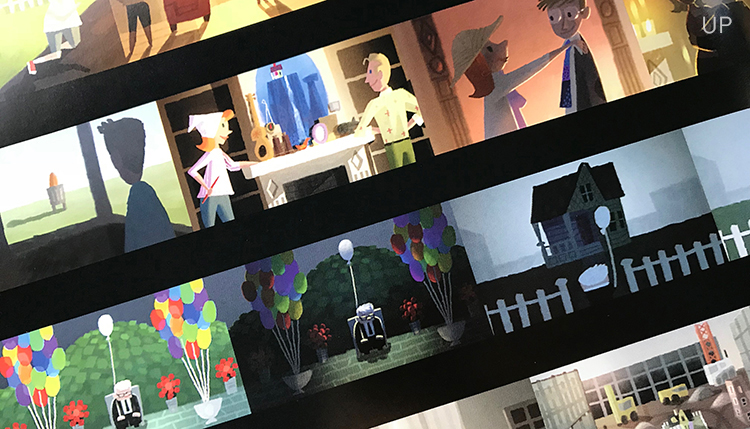 The album took me hours to experience. I enjoyed every moment of it.

If you’re hoping to see rough sketches, inspiration, reference, or character studies, there are “film specific” books for that (and I’ll be covering some of those in the coming months), and those works aren’t included here. This collection focuses only on the colorscripts  (and studies) and the process Pixar follows (and how it evolves with each film) for color, light, and mood. This is also not a “wordy” book, there aren’t exhaustive interviews with teams or artists, what they were thinking or how they got their break in working for Pixar. However, the introduction is a brief history, and, preceding the last third of the book, there are descriptions of the “artwork by-products” of animated films and what happened to them. While they used to be housed in Disney’s animation archive, called “the morgue,” this was changed by Pixar, to “Living Archive” and it conveys altogether a different meaning to these works. But here’s where you’ll see a lot of hand-drawn or traditionally painted work, all with artist credits. It is very much a thick, heavy, gorgeous, picture book.

The Art of Pixar is beautifully executed, and personally, makes me feel great about my own works in progress. There’s no perfection here. It’s that raw reality that makes it wonderful, to get a peek inside magic before it gets polished and merchandised. If you adore animated storytelling, you’ll appreciate everything between the pages here, and you may want to add it to your collection.

I live in a Chicagoish place...I thought Svengali was a real person…I mix up Attila the Hun and Ghengis Khan...I like monster movies & popcorn…Fluent in idioms...A Mrs. and maker of food, threads, plants and people...I draw for a living…Really.

Marvel’s Spider-Man, is an upcoming animated action-adventure, science-fiction television series based on the Spider-Man comics created by Stan …