Continuing our trend of easing slowly into the holiday period, today’s “Film To Make You Festive” is none other than Shane Black’s directorial debut, Kiss Kiss, Bang Bang. Named after the tongue in cheek reference given to the Spy Genre, KKBB has spent the best part of a decade quietly gaining notoriety for its confidence in casting Robert Downey Jr., an actor lost in his own personal nightmare, struggling to refind his feet in the industry. 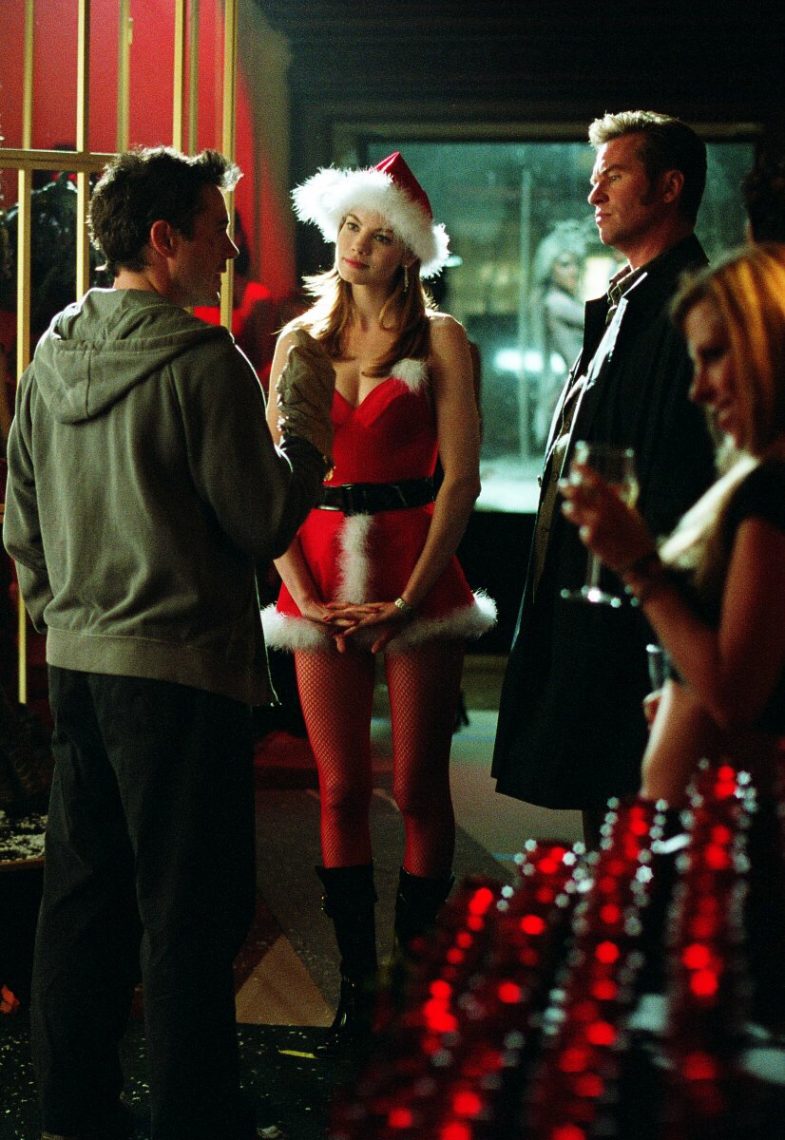 Like Lethal Weapon, also written by Shane Black, Kiss Kiss, Bang Bang does not hide from the fact that its setting is slap bang in the middle of the Christmas period. With Michelle Monaghan appearing in that unforgettable Red and White dress to the fact that the entire cast is wishing a Merry Christmas to almost everyone they see, clearly, it’s an environment Black holds in the highest regard.

Downey Jr stars as the cynical thief turned actor Harry Lockhart alongside Val Kilmer’s hilarious turn as Private Investigator Gay Perry and childhood friend Harmony, played by the aforementioned Monaghan. On discovering he needs to spend time with Perry to learn the craft for his latest audition, Lockhart, and Co. find themselves at the center of a criminal operation far outreaching even their wildest of dreams. 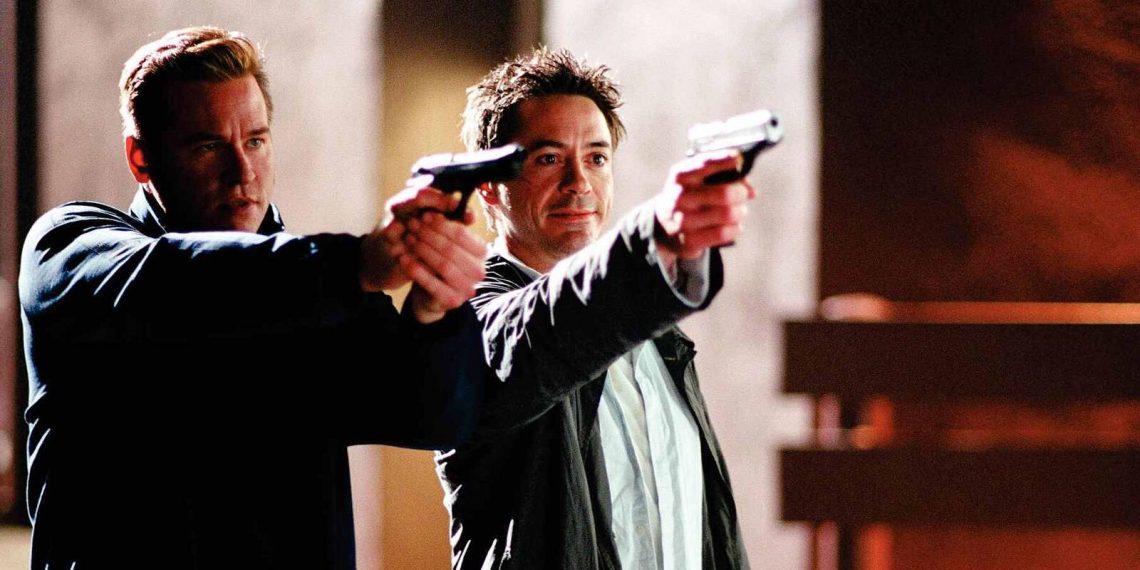 The most memorable element of this whole film is the sharp, unforgivingly self-aware dialogue masterfully written by, you’ve guessed it, Shane Black. From RDJ’s scathing narration to Kilmer’s hilarious quips towards Gay culture amongst other things.

From start to finish there are few stones left unturned, it’s intimate story creates tension in all the right places. Its willingness to stand up and do something surprising is made all the better when it is followed so quickly by a swift icebreaker that immediately lightens the tone. 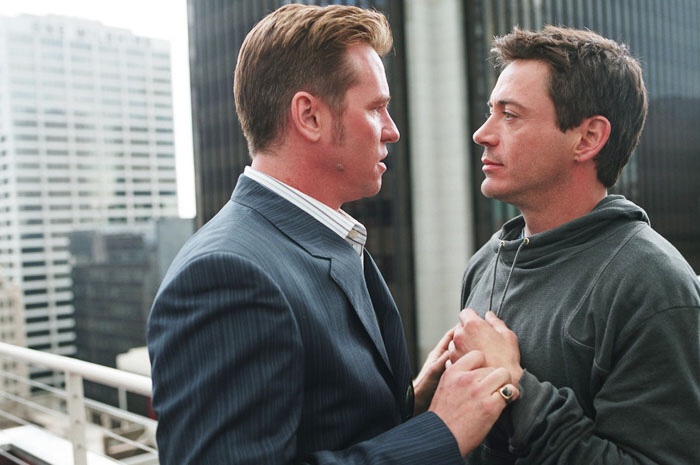 By now we are almost a week into December, meaning things may be starting to become a bit manic, a bit strained and a bit scary. In answer to this, I highly recommend putting the children to bed, letting the pets out, pour a glass of something strong and comforting and enjoy Kiss Kiss, Bang Bang for the rest of tonight. It is the perfect tonic for the imposing season and worth every chuckle along the way. 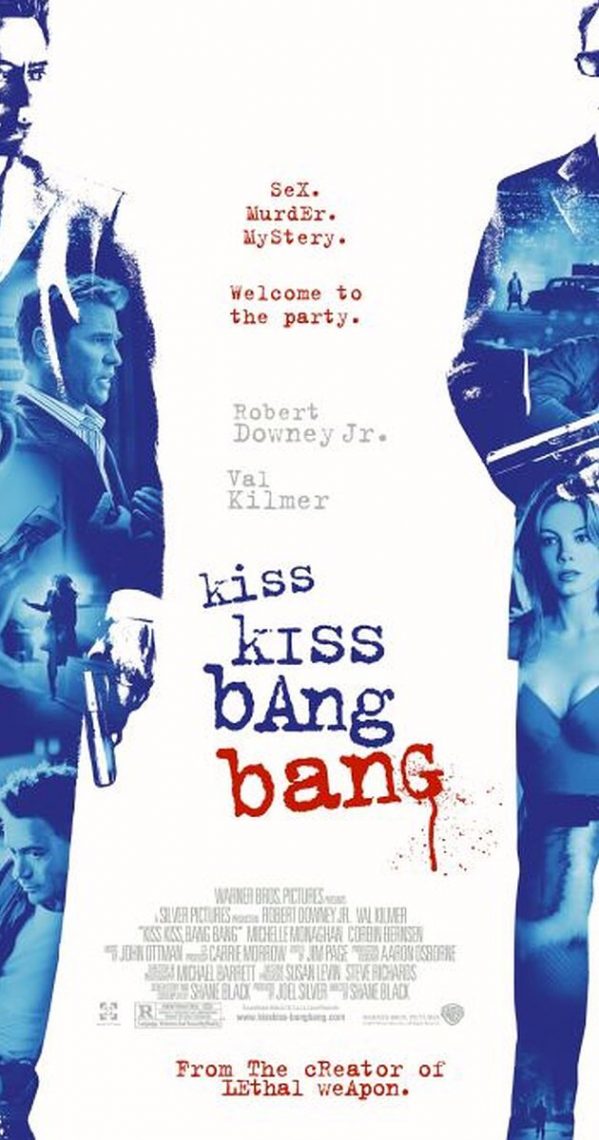