Although there was no special Halloween episode, there’s a Christmas one. Because nothing says “holiday spirit” quite like edgy teen dramas. With the way the past few episodes have gone, everyone’s getting coal in their stockings, and the only gift that’s going to be given is the sweet release of death.

Fred and Archie sell Christmas trees in Pop’s parking lot in order to cover the costs of living and the hospital bill from the shooting. If the bullet didn’t kill him, this debt might. The ex-couples try (and fail) to combat post-relationship awkwardness at Kevin’s Secret Santa party. Veronica got Archie an “Archiekins” engraved watch, and Archie gives Betty a childhood favorite LP.

Betty and Archie investigate the loss of Svenson, the janitor, who’s supposedly out sick. They stop by his house to find nothing. When Betty gets home, she finds a present on her front steps. Inside, she finds Svenson’s finger and a note telling her to dig up the past to find where he is. Betty can’t get a break, even during the holiday season. 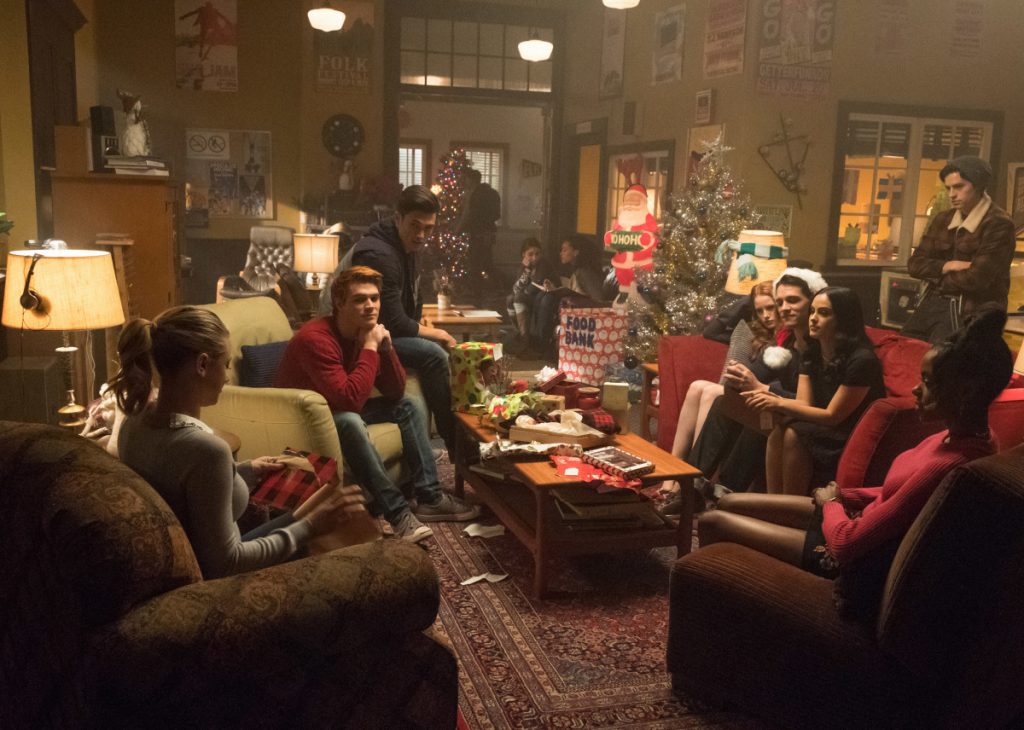 She and Archie go to the Sisters of Quiet Mercy, where Betty gets a nun to tell her what happened. Supposedly, a young Svenson rallied some citizens to go after the wrong guy. The citizens came to meet him, the nun details, but the only qualities she can remember is that one had vibrant white hair with a red stripe. Maybe Nana Blossom didn’t perish in the fire.

F.P. does Peabody’s dirty work, to Jughead’s dismay. The younger Serpents follow Jughead’s plan in abducting Peabody and warning her to stay out of Riverdale. One of the rules about the gang is, unfortunately, you can’t hurt one of your own. Jughead then takes his knife and severs Peabody’s tattoo from her arm. That’s gonna leave a mark. Hopefully, Penny Peabody has enough drug mule money saved up for the hospital bill and the cost of a new tattoo. F.P.’s a bit irritated about this because he knows this is going to come back to damage his family in the future. But, for the time being, he’s relieved he doesn’t have to do any shady business. 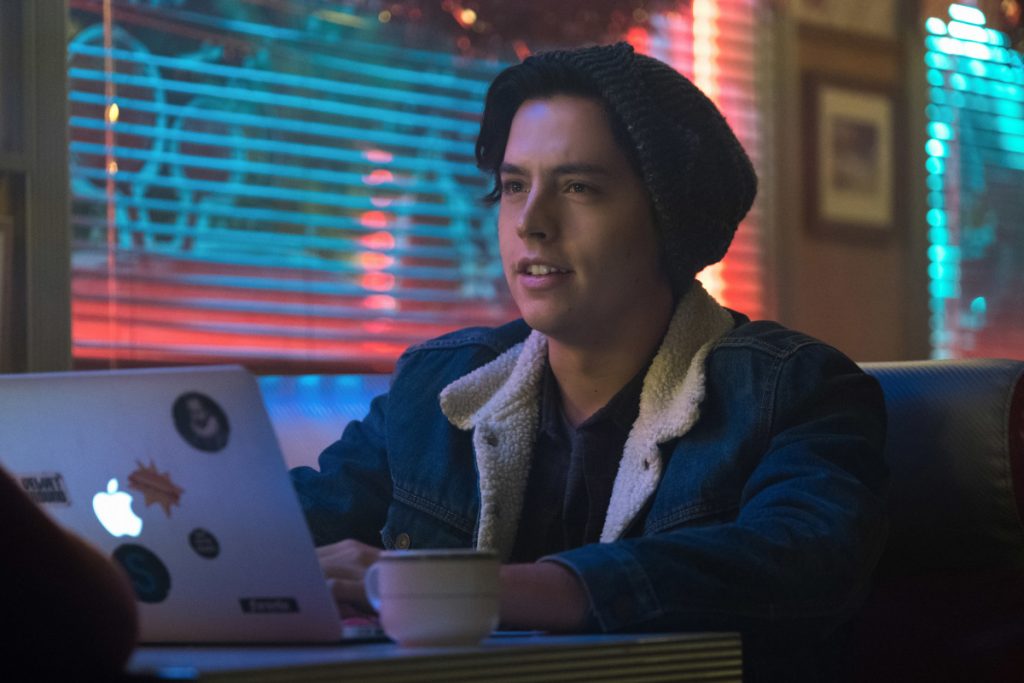 Veronica wants to let Archie know she still cares about him, even after their breakup. She tells Hiram and Hermione about his family secret, in hopes that they’d help the Andrews financially. They refuse to, so Veronica digs through Hiram’s office and finds evidence that he bought Pop’s secretly. She calls the hospital and pays all of Fred’s medical expenses on her mother’s credit card. Her parents get a fraud notice from the credit card company and confront Veronica about it. She asks them about their other secret business shenanigans, to which they admit to Veronica, but not the audience. Sad face. Veronica’s in, so as long as she’s not forced to do anything illegal. Her parents end up paying Fred’s bills. 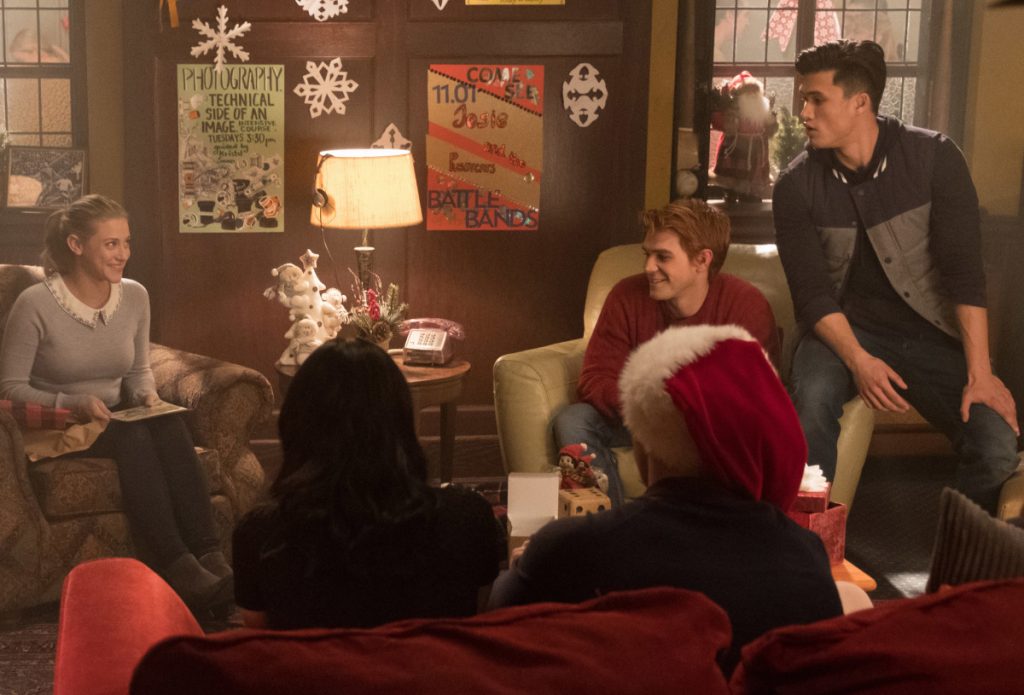 Betty and Archie go to see Nana Blossom, who tells them about the excursion. The man was buried alive, and Betty’s grandpa was among the group that killed him. Betty contemplates why the Black Hood targeted her specifically, and Archie calms her down. They kiss in the car while Cheryl spies on them. Betty finds a photograph with her grandfather next to a group of men who just planted a tree. She heads to the scene of the tree and calls the sheriff, where she finds a shovel and a headstone. She digs up the coffin, hoping to exhume the corpse, but finds the coffin empty. The Black Hood arrives and barks at Archie to get in the coffin, and if he doesn’t, he’ll shoot Betty. Archie complies, and Betty is forced to bury him. As she does, the Black Hood is distracted by the sound of sirens. Betty bangs the shovel she was using to bury Archie with to beat the Black Hood with. She frees Archie and gets the Black Hood’s gun, and the duo chases him to Sweetwater Bridge. Sheriff Keller shoots him, but it’s not the original Black Hood. It’s Joseph Svenson. Maybe the Black Hood is an organization, like the Red Circle created by Archie earlier in the season.

The four friends open their Secret Santa presents, and Betty throws her gifts from the Black Hood into the fire. She takes the actual black hood out of the fire, knowing that things are far from over.

Martin Chikos indulges in cult nerd culture. He loves critiquing classic cinema, collecting corner store comics, and curating content to write about. Only a sophomore at Cary Grove High School, he spends his days daydreaming in Stephen King’s novels and video game universes. Martin strives to put the “art” in his name, whether it be through photography, drawing, or writing. You can find him on Instagram (@cantpunch) or snapchat (@gokuhara).

Freeform has just released a new teaser trailer for its Mermaid-themed drama “Siren”. “Siren” is based on a story …