Hello! Welcome to Home Release Guide, Second Union’s guide to the different home releases for different films. I’ll explain what each version includes and give you the best bang for your buck. Here’s a guide to the multiple releases of Denis Villeneuve’s 2017 science-fiction film, Blade Runner 2049. Each of these release on January 16th, 2018. 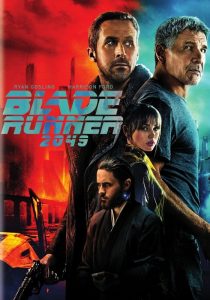 The standard edition for casual viewers. With an anamorphic widescreen (480i) presentation and no digital copy included, this does not come recommended. The cover art is different from the Blu-Ray and is not the best format for viewing the striking visuals that come included on the disc. However, it does include some of the special features included on the other discs. This version is $19.99 on the Best Buy website.

The edition for those wanting to experience one of the best and most beautiful films of the year in 1080p hi-definition. This edition also features a Dolby Atmos® soundtrack remixed for the home theater environment. It comes with all of the special features made available, as well as beautiful cover art and a digital copy, which, if redeemed through iTunes, can be upgraded to 4K with Dolby Vision. It also includes a DVD version of the film. This version is $24.99 on the Best Buy website. 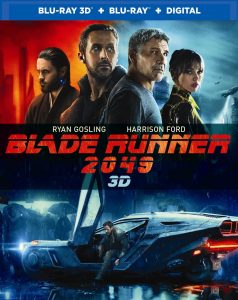 This version features 3D 1080p hi-definition video and audio. It has the same cover art as its other versions and is definitely marketed to those who want to make the most out of their 3D Blu-Ray player and TV. It includes the same special features as its 2D counterparts and comes with a digital copy as well, in addition to the normal Blu-Ray. This version is $29.99 on the Best Buy website. 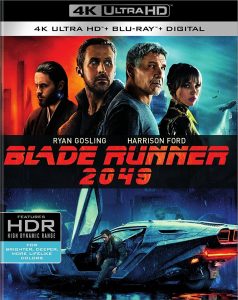 The 4K Ultra HD Blu-Ray is the ultimate edition for fans of the film. Featuring 2160p 4K resolution, as well as a Dolby Atmos® audio mix and High Dynamic Range (HDR), for a more lifelike color spectrum. It includes all of the special features included on the Blu-Ray disc (also included in this combo) and a digital copy. This version is $29.99 on the Best Buy website. 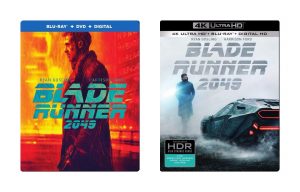 The steelbooks are Blu-Ray and 4K UHD Blu-Ray combo packs and feature masterfully beautiful packaging. They include everything included in the normal versions and are sold exclusively at Best Buy stores. The Blu-Ray and 4K versions are $29.99 and $34.99, respectively.

Well, that’s all, folks! Let us know in the comments whether you’ll be picking this up, and if so, which version? And stay tuned for our next Home Release Guide, coming soon…

Black Lightning is an upcoming television series that will air on The CW. Mara Brock Akil, Salim …