Apologies for the delay this week folks, however, as I’m sure you’re fully aware, this week’s episode dropped a number of enormous bombshells that needed fully digesting. If you haven’t seen the latest episode of Star Trek Discovery please do so and come back to this recap as it’s well worth every minute.

Still here? Well, for those of you that are interested, there will be Universal Spoilers following this paragraph so be prepared… 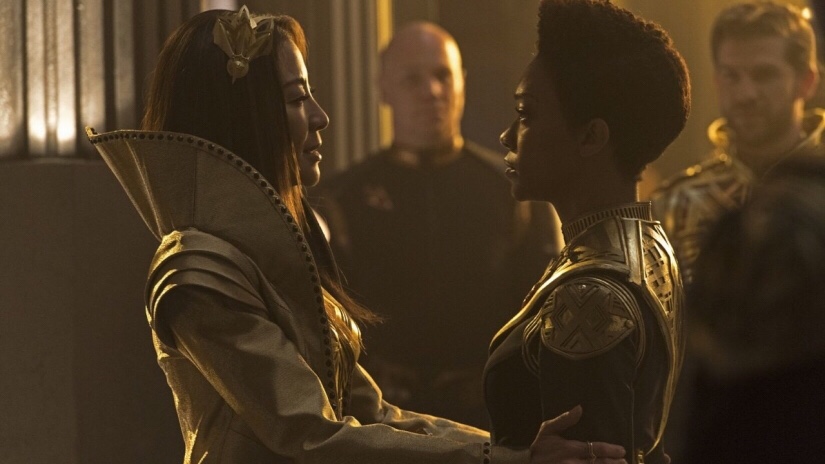 Vaulting Ambition begins as The Wolf Inside left off, Burnham has been summoned by this Universe’s version of Georgiou, Tyler is under strict surveillance and Stamets is stuck in another separate universe to the one we are currently in. Although these latter subplots fail to progress in a substantial manner, they do continue in a fairly strong fashion.

Aboard the Discovery, Saru and Tilly continue their tasks of determining what is wrong with Tyler and finding a way of bringing Stamets from his Spore induced coma. Throughout the episode, the crew discovers Tyler’s true situation through a particularly brilliant exchange between Saru and L’Rell in two separate scenes. The second is a particular favorite of mine as it shows the clear distinction between the version we know and the version we have recently met. 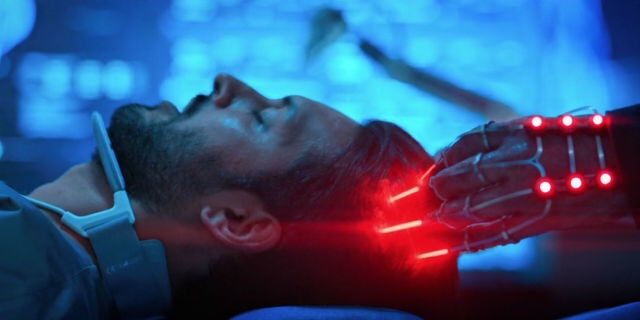 After tormenting her with the prospect of allowing Voq (Tyler) to die in her arms, L’Rell is convinced to reverse the treatment inflicted aboard her treacherous prison. An act that causes her to give out what appears to be the Klingon death cry while at his side.

Furthermore, Stamets’ arrival into what is claimed to be the Spore Universe itself is probably the least enjoyable section of the whole episode. The premise is convoluted, the execution was nowhere near the heights of episode’s past and the finish leaves a lot to be desired. In terms of action, Stamets meets his doppelganger, finds a ghost(?) of the now deceased Dr. Culber and miraculously leaves through the most convenient of plot devices.

Right, now that’s out the way, let’s talk about the Charon. On arrival, Burnham is presented to Emperor Georgiou, after sending Lorca to another “agonizer”, she asks Michael to choose a Kelpian without knowing the true intentions. Innocently, she selects a Saru lookalike not knowing she will be EATING HIM in the next scene! As reveals go, this was excellent. The build-up, the payoff, the entire segment was gold. It’s a scene that has stuck with me since I saw it. The sheer balls of the writers and director to produce something so shocking is truly fascinating.

Georgiou continues to explain how Lorca became obsessed with her before her death, how the loss of her “Daughter” affected her, accuses her of Treason, sentences her to death then come torealizee that this is not the child she adopted long ago. 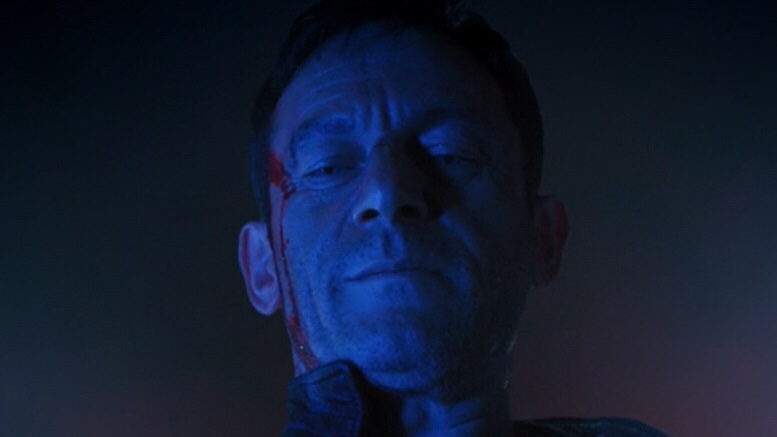 During this realization, the production of the sequence is again a special feat of artistry, especially the editing. In between Georgiou and Burnham discussing the reasons behind their meeting, we see Lorca being questioned by a relative of a crew member lost aboard the fabled ship destroyed under his command.

At first we are given the perspective of Lorca being unaware of the situation while the two go through how to best satiate their needs. Lorca tries to think on his feet in a vain attempt to save one of his “followers” lives from an apparently awful death, Georgiou continues to explain the circumstances surrounding Burnham’s death when she suggests how their Lorca was willing the travel across Universes to be with her. A statement that instantly brings the entire season in context… Lorca is from this Universe!

Sure there are some that claim to have called it from the start, and fair play to them for doing so. I for one, however, had absolutely no idea! The way it all comes together is a credit to the cast and crew for their performance and skill within their respective field.

Continuing the trend of staggeringly entertaining episodes, this second part to Star Trek: Discovery has once again hit a high with Vaulting Ambition. The relatively short run time, smouldering pace and incredible payoff is something gravely missing from most of television today.

The first official full-length trailer for the upcoming Spider-Man: Far From Home film was released this morning. If …

Welcome to the Second Union Iron Fist watchalong event! Watch along with us for the next several weeks …