Atlanta Comic Con debuts on July 13-15, 2018, at the Georgia World Congress Center and will feature exhibitors that cater to a wide spectrum of interests including comic books, magazines, toys, games, Star Wars, Star Trek, anime, manga, cosplay, artwork, sketches, and apparel. In addition, a roster of comic industry professionals, and comicdom-related celebrities are in attendance for attendees to meet and greet.

These are the guest announced so far with many more to come! 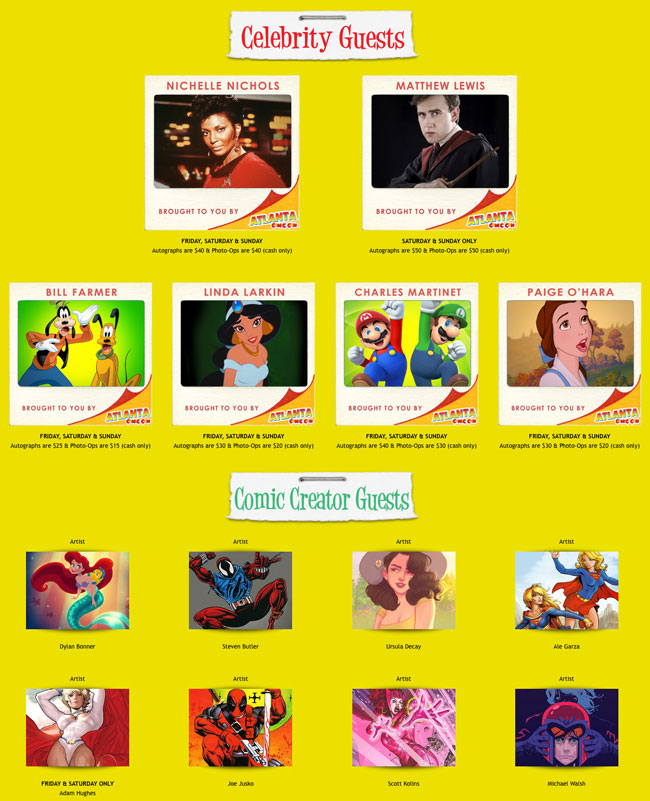 Catch a glimpse of the fun during San Francisco Comic Con 2017.

Atlanta Comic Con debuts on July 13-15, 2018, at the Georgia World Congress Center. Tickets range from $30-$60, and kids 12 and under are admitted for free. Atlanta Comic Con is produced and promoted by Imaginarium LLC, who produced four other comic conventions around the country. For information regarding hours, guests announced so far, programming, and other details about Atlanta Comic Con, visit: https://atlantacomiccon.com/

It was recently revealed via Variety that “Solo: A Star Wars Story” has confirmed their China theatrical release …

“It’s not crunch time yet, Mister Kim. I’ll let you know when.” We’re in the Badlands, stomping grounds …