Warner Bros. Pictures revealed a new one-sheet poster today for the highly-anticipated, Stephen Spielberg helmed, Ready Player One, and it is gloriously epic. Granted, I might be a little biased, as the illustrator behind this masterpiece, Paul Shipper, is a long-time buddy of mine, but this poster delivers in spades! 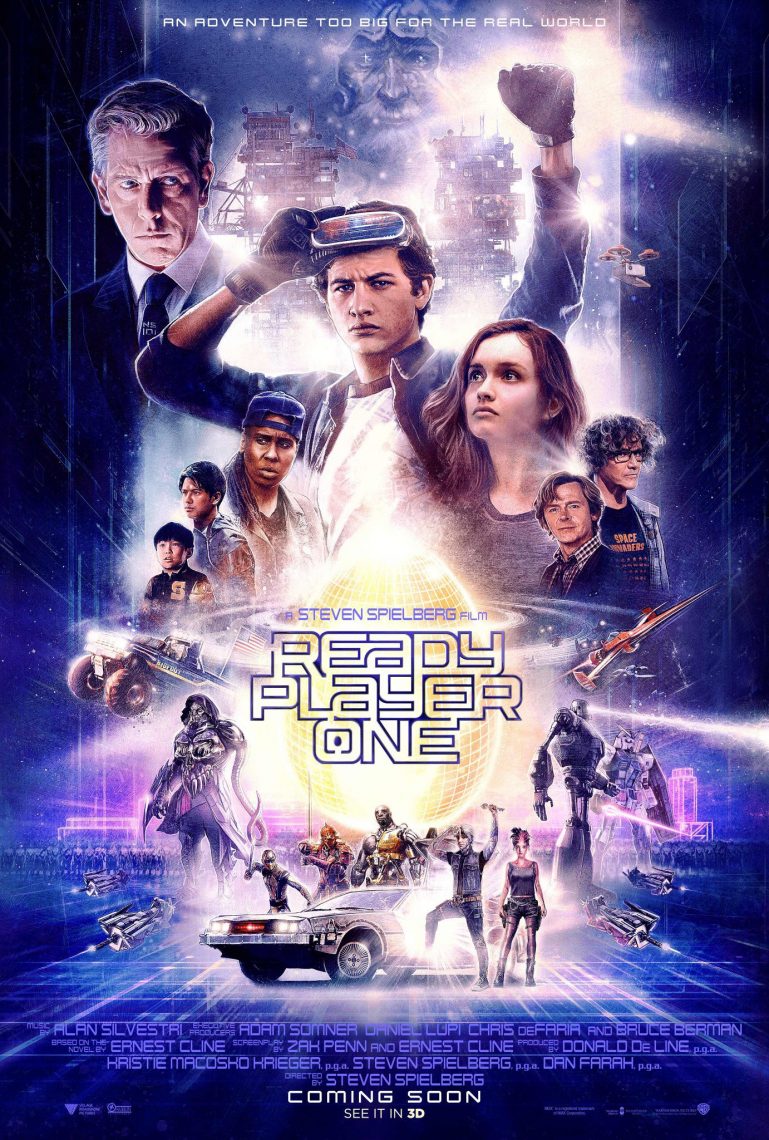 It’s an intentional homage to the iconic movie posters of the ’80s from the legendary illustrator Drew Struzan, of whom Paul is understandably a big fan. And it is perfectly executed, right down to the “Marty McFly pose” honoring the Drew Struzan designed poster for the original Back to the Future film (1985). I talked to Paul briefly yesterday and he had this to say, “Oh man! Illustrating a theatrical poster for a Steven Spielberg movie!?! I feel like I’m in the OASIS!!!”

So proud to now be able to share this with you all! The official illustrated one sheet for #StevenSpielberg’s adaptation of @erniecline’s holy grail of pop culture @readyplayerone big thanks to @WEAREBOND@wbpictures and of course Mr Spielberg! https://t.co/mP0ZxXFn9z

Ready Player One, is a film based on Ernest Cline’s bestseller of the same name, which has become a worldwide phenomenon. The film is set in 2045, with the world on the brink of chaos and collapse. But the people have found salvation in the OASIS, an expansive virtual reality universe created by the brilliant and eccentric James Halliday (Mark Rylance). When Halliday dies, he leaves his immense fortune to the first person to find a digital Easter egg he has hidden somewhere in the OASIS, sparking a contest that grips the entire world. When an unlikely young hero named Wade Watts (Tye Sheridan) decides to join the contest, he is hurled into a breakneck, reality-bending treasure hunt through a fantastical universe of mystery, discovery, and danger.

As to be expected from a poster for a movie filled to the brim with pop-culture references, the poster is rife with Easter Eggs. Can you name them all?