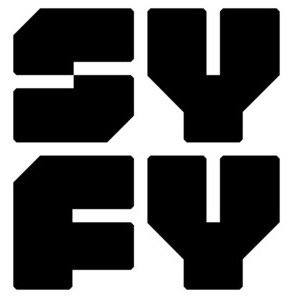 As official live stream partner, SYFY WIRE will host the Live Stages on the main floor at each of the three shows. Correspondents will conduct interviews with celebrities and creators, provide previews of exclusive merchandise and upcoming films and series, and give fans an inside look at the hottest programming happening on the ground. SYFY WIRE will also stream content from some of the most eagerly anticipated panel rooms at each event.

Digitally, coverage can be found at SYFY WIRE’s website, its YouTube channel and social media platforms. In addition, select SYFY WIRE coverage will also be featured on television via the SYFY channel.

“We have fans all around the globe that cannot join us in Seattle, Chicago or New York for these three amazing shows,” said Lance Fensterman, Global Head of ReedPOP. “As the premier portal for genre news, editorial and discussion, we can’t think of a better partner than SYFY WIRE to bring this exclusive content to superfans of all kinds.”

“SYFY WIRE readers are some of the most engaged and voracious genre fans in the world,” said Matthew Chiavelli, SVP of Digital for SYFY. “We’re thrilled to provide them a front row seat to so much exclusive content from ReedPOP’s cons, regardless of whether they can attend in person.”

Emerald City Comic Con kicks off March 1 and runs through March 4 at the WA State Convention Center in Seattle. Confirmed guests include: Christopher Lloyd, Felicia Day, Ivy Doomkitty, Shannon Purser and many more! The ninth edition of C2E2 follows Emerald City and runs from April 6-8 at McCormick Place in Chicago. Justin Hartley and Milo Ventimiglia from “This is Us” are the most recent guests announced, and they will join previously revealed guests such as Dave Bautista, Mark Sheppard, Alan Tudyk and Lennie James. New York Comic Con will once again invade the Javits Center in New York from October 4-7 with guests to be announced!

About SYFY WIRE:
SYFY WIRE is a genre news and editorial destination for superfans, by superfans. Featuring up-to-the-minute genre news, in-depth analysis, and thought-provoking original content, SYFY WIRE covers the latest in nerd culture across TV, film, books, comics, games and technology. SYFY WIRE is online at www.syfy.com and on air on the SYFY network.