Gender-Swapped Roles: The Ones We Love, and the Ones We’d Love to See

After Parker Posey‘s frankly perfect interpretation of the villainous Dr. Smith in Netflix’s Lost in Space, it raised the question, what other roles have the gender of the character been swapped? And how many of them would we love to see happen?

Swapping genders of characters is nothing new in Film and TV. Over the years it has become increasingly common to give particular individuals a metaphorical shot in the arm that will give them a much-needed sense of rejuvenation.

The most prevalent use of this is undeniably within the Science Fiction genre. Inherently, sci-fi has allowed such switches to occur without any serious disruption. Whether its “Dizzy” Flores moving from a man to a woman in Starship Troopers‘ transition from book to film, or the rumour that Gene Roddenberry actually wanted Nichelle Nichols to actually read for Vulcan First Officer, Spock before Leonard Nimoy was inevitably cast, Science Fiction has paved the way for a greater sense of fluidity regarding gender within a character’s definition.

That being said, here’s some of those that have excelled far beyond expectation.

It wouldn’t be a list about Gender Swapping roles without discussing the magnificent adaptation of 007’s stern superior. 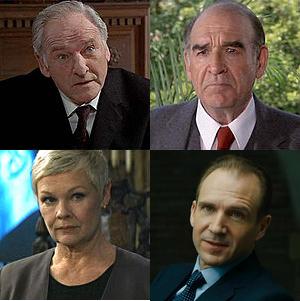 Prior to Judi Dench adopting the mantle in 1995’s Goldeneye, Bernard Lee and Robert Brown had played the typically callous elderly white male with an air of cynicism and disdain towards Bond’s less than traditional approach to the job in hand. His reserved compassion and obvious consideration for the welfare of his best agent made me the perfect patriarch for 007’s gleeful immaturity. A role, unknown to many of us, perfect for a similarly resolute Matriarch.

In the early 90s, the Cold War was over, the world had dramatically changed since the divisive Licence to Kill of 1989 meaning if James Bond were to make an appearance, he too would need to move with the times. Along with the undeniably charismatic Pierce Brosnan, Dench took the role with such ease that it is hard to imagine anyone actually playing the role before or after. From here she went to play M a total of 7 times, culminating in the perfect exploration of the character in everyone’s favorite modern Bond: Skyfall. Not only did she provide ample chemistry with both Brosnan and Daniel Craig, but her subtle flirtation and admiration of the man made for often hilarious quips and exchanges that may have otherwise been lost had it been delivered by a man. 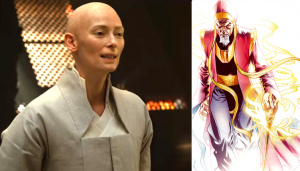 ds the Sorcerer Supreme, no-one predicted they would throw the Comics out the window and cast Tilda Swinton as Strange’s stoic leader. Originally a man of Asian descent, the Ancient One is responsible for the training of Strange as well as guide him through the muddy waters of the multiverse.

Its hard to deny the success Swinton enjoyed in this role. Her apparent vulnerability only serves as a means to disguise her unparalleled ability to overcome almost any obstacle before her. In addition to her less than recommended training techniques such as leaving T‘s Stephen Strange on the Alps with only his wits and an errant Sling Ring to get him home.

Is there a better example of Gender Swapped Roles in Film and TV than that of Doctor Who? Before the momentous decision to cast Jodie Whittaker in the titular role, Steven Moffat and the BBC took the leap 2 seasons before with the eye-popping casting of Michelle Gomez as the treacherous Master. 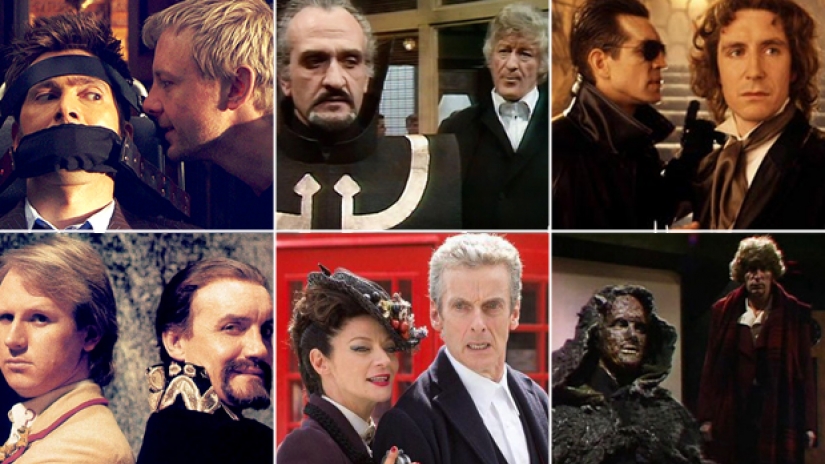 Her turn as the Doctor’s arch nemesis not only complimented the recently incumbent Peter Capaldi in the titular role but brought with it, an unmistakably refreshing sensation.

For years prior, the Master had always been the cackling foil to the Doctor’s plans. Even under John Simm, who had rejuvenated the role no end, the character still failed to step away from that one-dimensional persona.

Under Gomez, the once archaic Master became Missy, a menacing, manipulative figure with a gleeful excitement accompanying her heinous actions. With a sharp execution of dialogue between herself, Capaldi, and Jenna Coleman her quick wit and spine-chilling grin laid the foundation for what was one British TV’s most talked about castings of 2017.

Has there ever been a more synonymous male duo as Sherlock Holmes and his doting partner John Watson? Throughout the books of author, Sir Arthur Conan Doyle, the point of view of the stories were always that of Watson’s. As a former soldier, the character commands a highly astute attitude, his experience as a Physician provides calmness and control in high-pressure situations, and, most importantly, his desire to understand the enigma that is his accomplice often adds a well-needed break from the frantic nature of Holmes and his adventure.

Pretty clear cut right? Well, Robert Doherty‘s modern adaptation of the famous stories made the decision to cast Lucy Liu as the Joan Watson, initially as an aid for Jonny Lee Miller‘s lead, but eventually establishing herself as a fully-fledged partner to the enigmatic detective residing within New York City. Considered a “bromance” by creator Doherty, both Miller and Liu embody the much-loved relationship between the two characters while simultaneously leading us down an entirely new direction for one of Fiction’s most prominent companions.

Are there any other characters you can think? What role do you think would benefit from a swap in chromosomes? Here’s a brief selection of those we’d love to see. 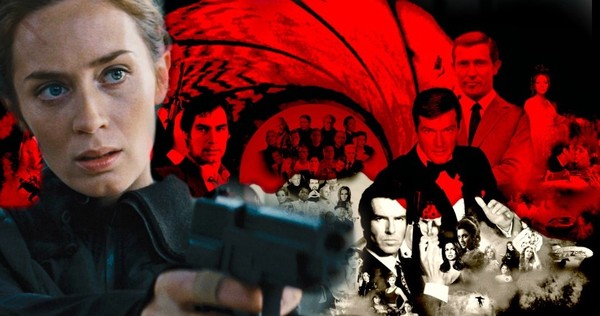 As mentioned before, the casting of Judi Dench as M was a significant change in the complexion in one of the most male-dominated roles in all of cinema. But could this change extend any further? With Ralph Fiennes having replaced Dench in Skyfall, there is an obvious gap in the market for someone to step in to.

For years there has been chatter of a woman holding the title of 007, with names such as Charlize Theron, Thandie Newton, and Emily Blunt never too far from the discussion, it would no doubt be an unprecedented choice for Barbara Broccoli and her group. 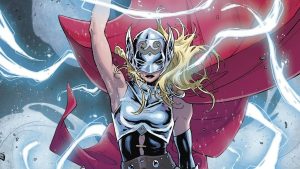 A lot was made recently of Marvel Comic’s decision to recast Jane Foster as the newly anointed Thor. Heralded by some as one of the more audacious decisions made by Marvel in recent years, Foster ably stepped forward during a time when the original could not fully adopt the mantle.

Unfortunately it would appear that Natalie Portman is done with her time in the MCU, however, this does not mean that a woman cannot assume the position. With Scarlett Johansson, Cobie Smoulders and Emily VanCamp all perfect candidates currently residing within the MCU, the possibilities to really raise eyebrows for Phase 4 is there for Marvel Studios should they want it.

Has there ever been a more frightening display of psychological destruction than that of Jack Nicholson in Stanley Kubrick’s adaptation of The Shining? His gradual dissolution towards insanity is one heralded as one of fictions most intensely haunting developments, one that questions the very psychology of those of us experiencing it at the moment. But what if this were the Mother instead?

A lot has been said Shelly Duvall‘s performance as Wendy Torrance, and it must be noted that this is not a switch in characteristics, this is a consideration as to whether Jack could be portrayed as a woman? Could the idea of Danny’s Mother going to hell be that more terrifying than that of the original? It is hard to imagine an actor such as Emily Blunt, Jessica Chastain or Sarah Paulson failing in a role designed to meticulously deteriorate the complexity of a Mother’s relationship with her child.