On a gorgeous June Morning in the heart of the UK, Showmasters brought their 25th annual Film, Comic, Sport and TV Convention, Collectormania to Birmingham’s National Exhibition Centre. Boasting such talent as Mads Mikkelson, Mark Williams, Ray Park and Danny Glover to name just a few, this humble city was treated to an explosion of extravagance and exuberance. 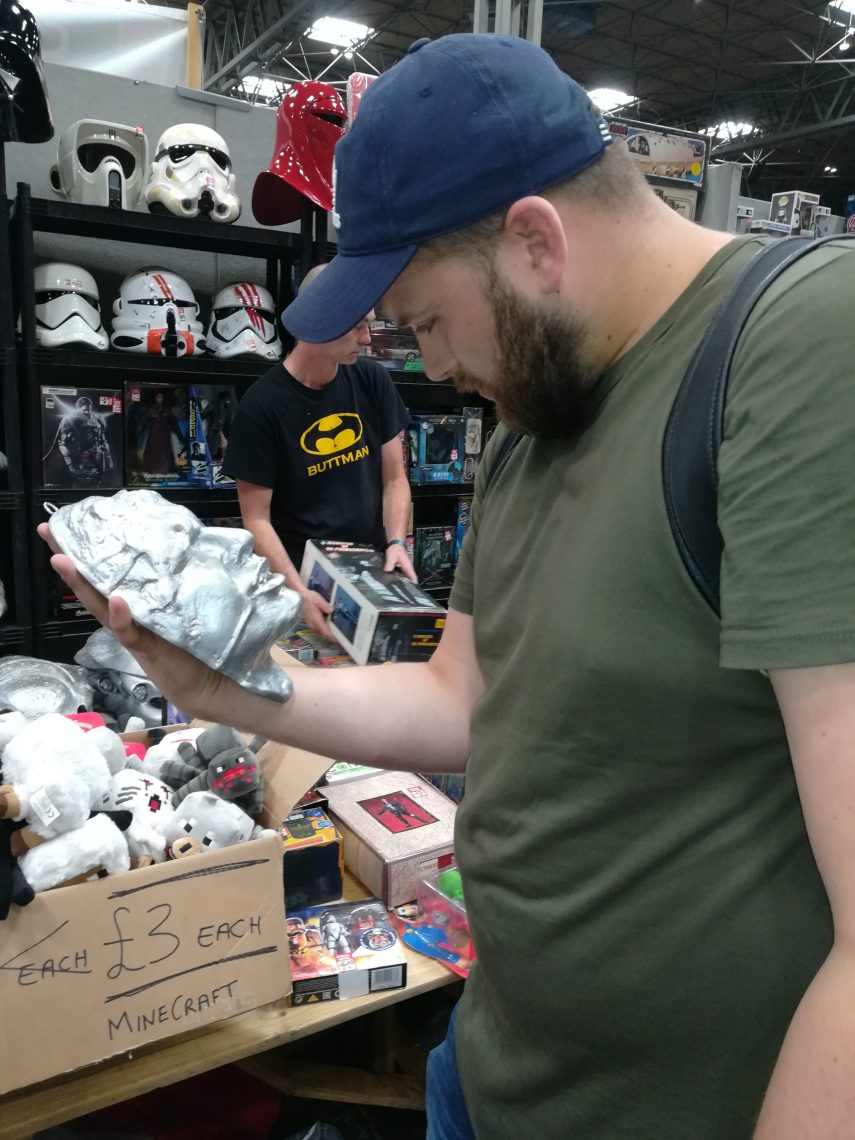 From the initial walk from the Train Station, the sense of anticipation was rife amongst those heading towards the event. After a quick study of the schedule, the pace of the day was immediately set with a highly insightful Q&A with Darth Maul actor, Ray Park. His energy and obvious excitement towards the role that, by his own admission, changed the trajectory of his career no end. 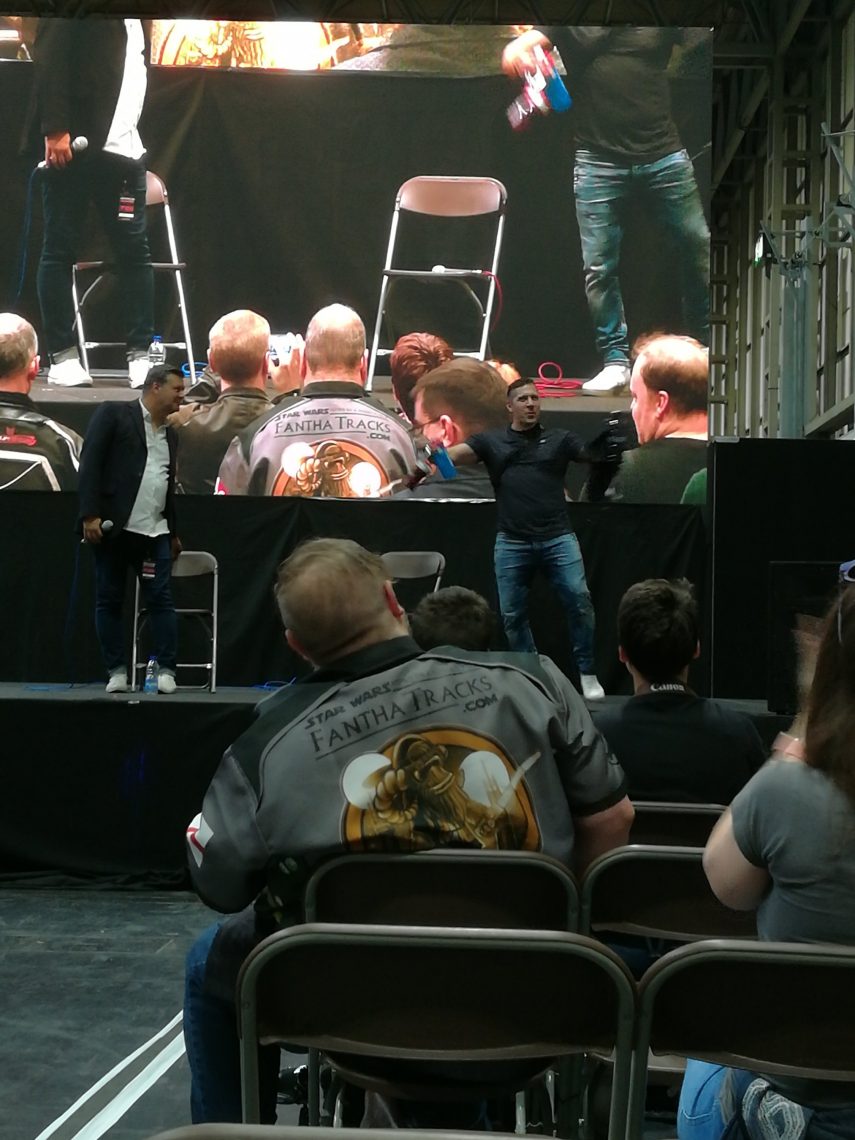 After a brief discussion on his martial arts background, I asked him about the influences behind Maul, as well as the direction given to him by George Lucas on his casting. He acknowledged the vast story that has evolved over the years proceeding his performance and stated that it was, in fact, his idea to portray Maul in this way, focusing more on the student element to the character when preparing for it. 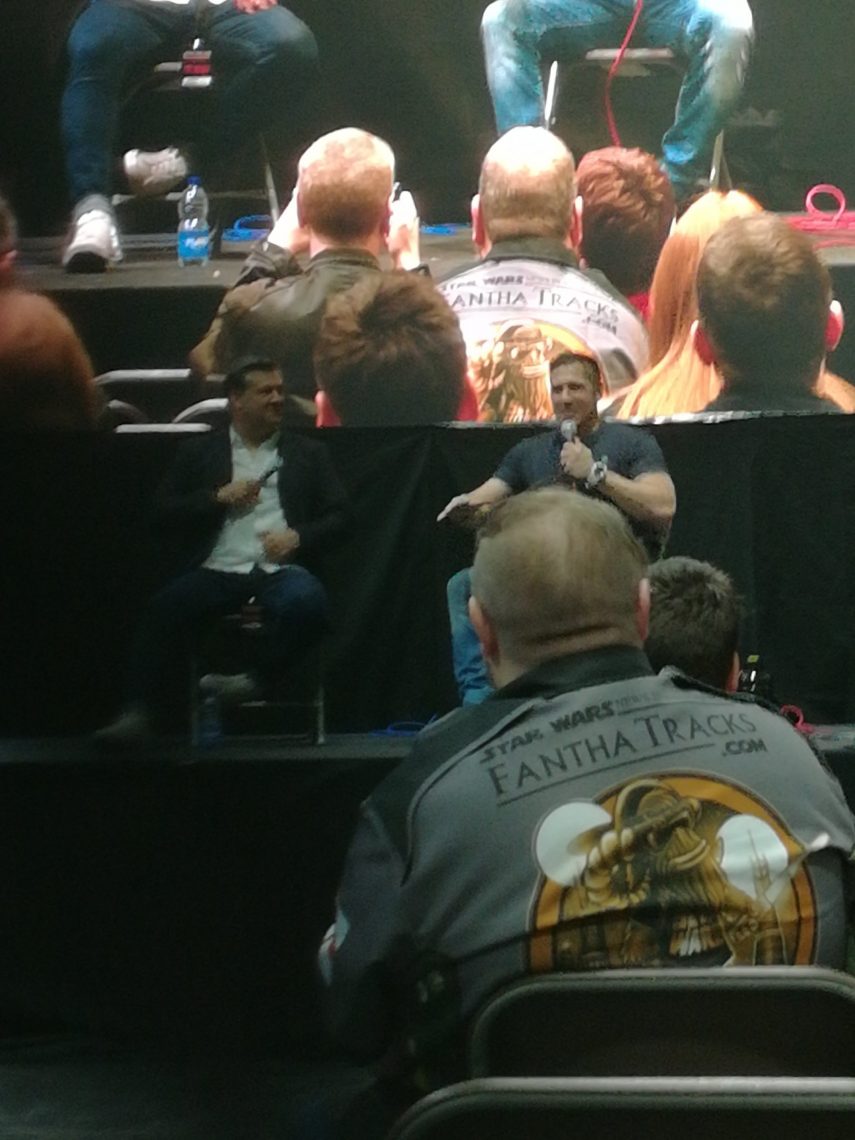 Following this, we experienced an array of stalls selling some of the most beautifully crafted and staggeringly nostalgic memorabilia available today. With Funko Pop Vinyl figures clearly the theme of the day, it was refreshing to see sellers display figures reaching up to 60 years old still in their original packaging.

In addition to this, scattered around the venue were some of the most iconic vehicles from Movies and TV. With sets such as the Tardis, Arthur Weasley’s Blue Ford Anglia, Adam West’s Batmobile, and Jeeps from Jurassic Park, the amazement only seemed to elevate the further you explored Collectormania’s seemingly endless depths. 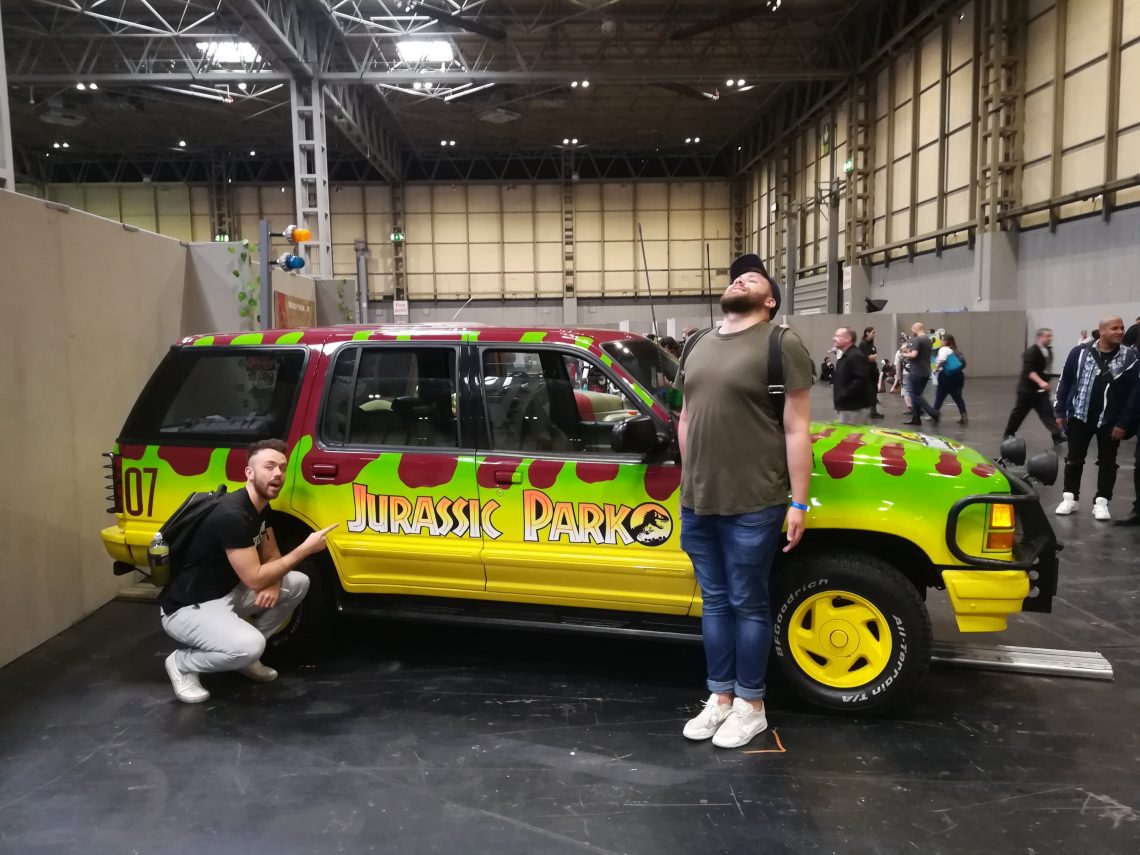 As mentioned prior, the wealth of talent on display throughout this event was eye-watering, to say the least. To even be in the same room as those who have influenced millions of people across every continent was enough to make anyone feel somewhat overwhelmed. So you can imagine my emotions on having the insane pleasure of interviewing two of the most recognizable actors working today: Mads Mikkelson and Mark Williams. 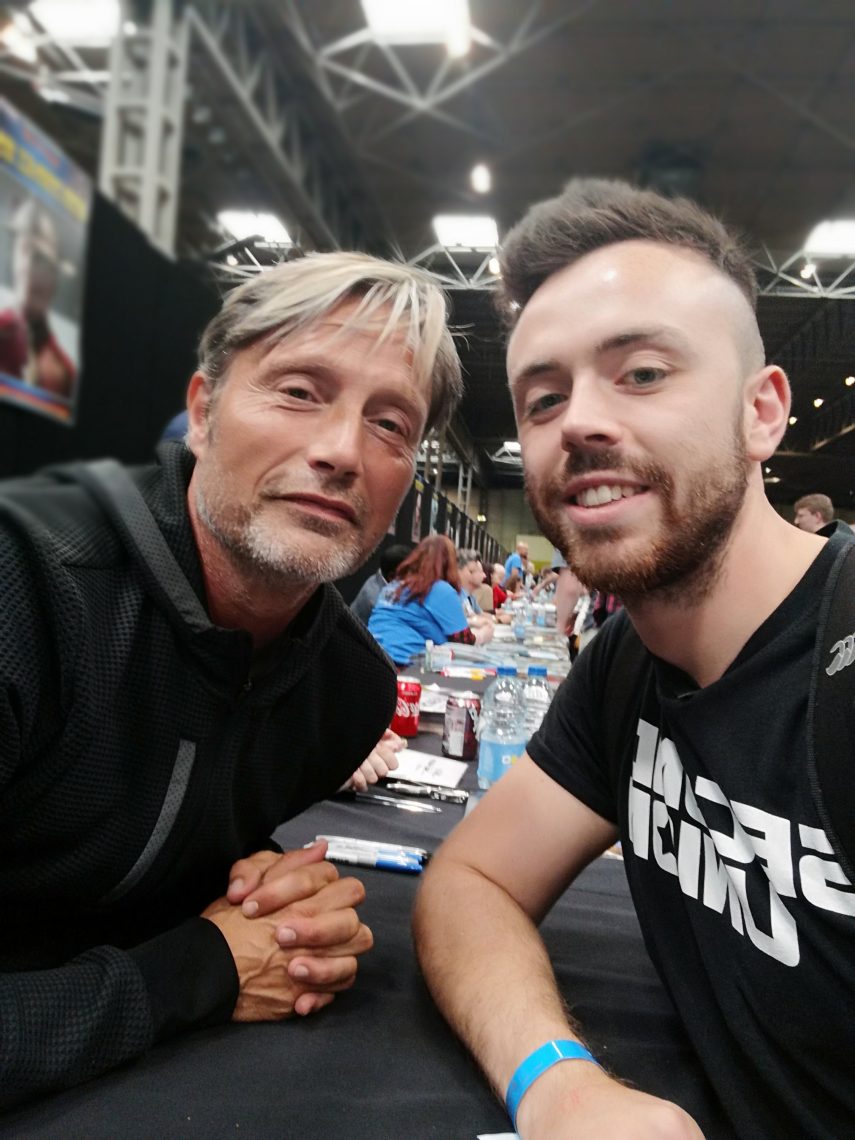 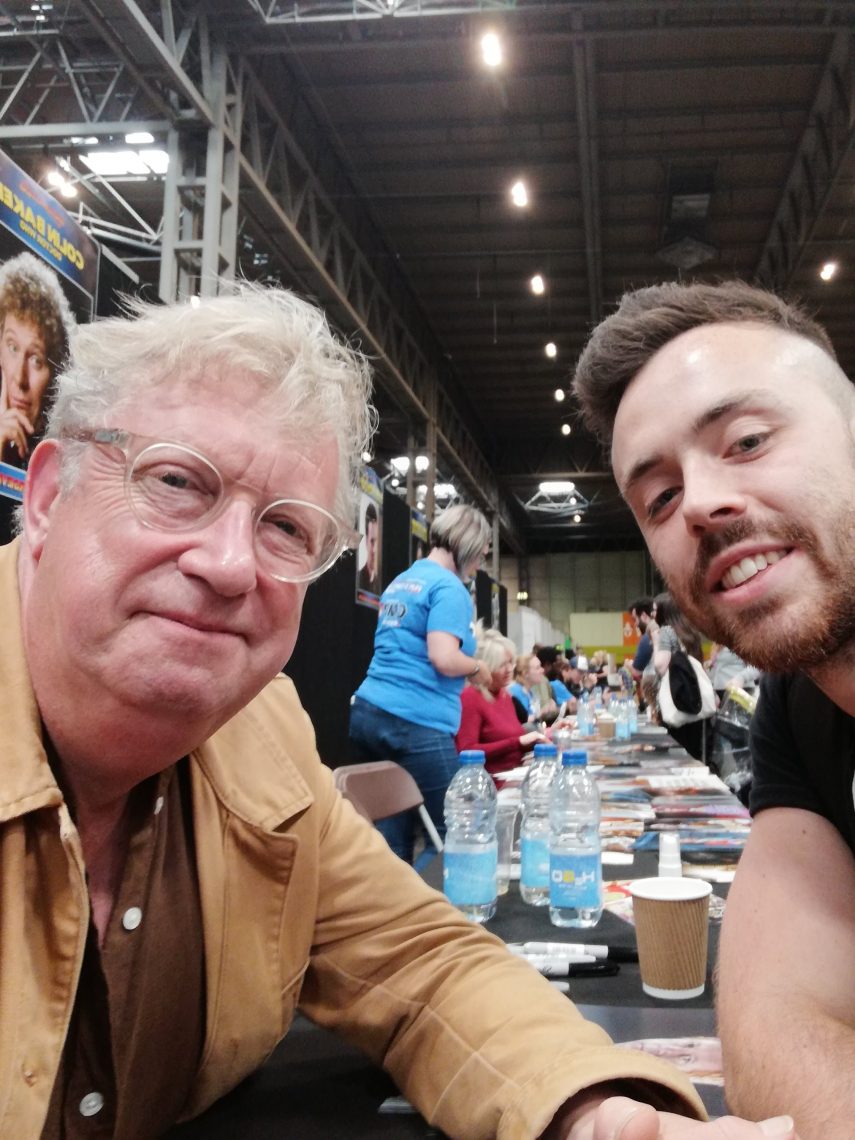 At no point did I expect this to become a reality, just a hopeful inquiry that may lead to a friendly thanks, but no thanks. I only wish someone had been there to picture my reaction when I realized that both were more than willing to take time from their busy day to satisfy my solitary need.

Regardless of your vice, Collectormania is undoubtedly the event for you. Its warm atmosphere, staggering cosplayers and astounding guests is sure to tickle even the most cynical of fans out there. Showmasters have once again shown their prowess when it comes to organizing one of the most hotly anticipated occasions in the Film and Comic Convention calendar in the UK. And on a personal note, I’d like to humbly thank Mads Mikkelson, Mark Williams, Showmasters, and all of those that sportingly took part in our promotional footage. We are all Second Union!

The cast and crew of Star Trek: Discovery is returning to New York Comic Con, for the second …