Join Insight Editions at San Diego Comic-Con in booth #3721 for exciting events and exclusive opportunities, including a signing with Rebecca Sugar for her SDCC-exclusive Steven Universe journal and a chance to win a bundle of prizes! 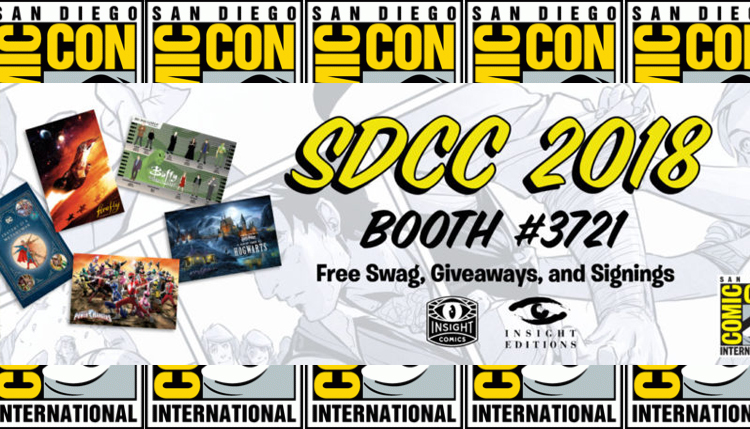 Attendees can visit the Insight Editions booth, have their badges scanned, and walk away with a free limited edition poster, plus they’re automatically entered to win a sweepstake. Attendees can choose from any one of these five SDCC-exclusive posters—Harry Potter, Buffy the Vampire Slayer, Power Rangers 25th anniversary, Firefly, or DC: Anatomy of a Metahuman—while supplies last, and then choose to be entered in one of the following sweepstakes: 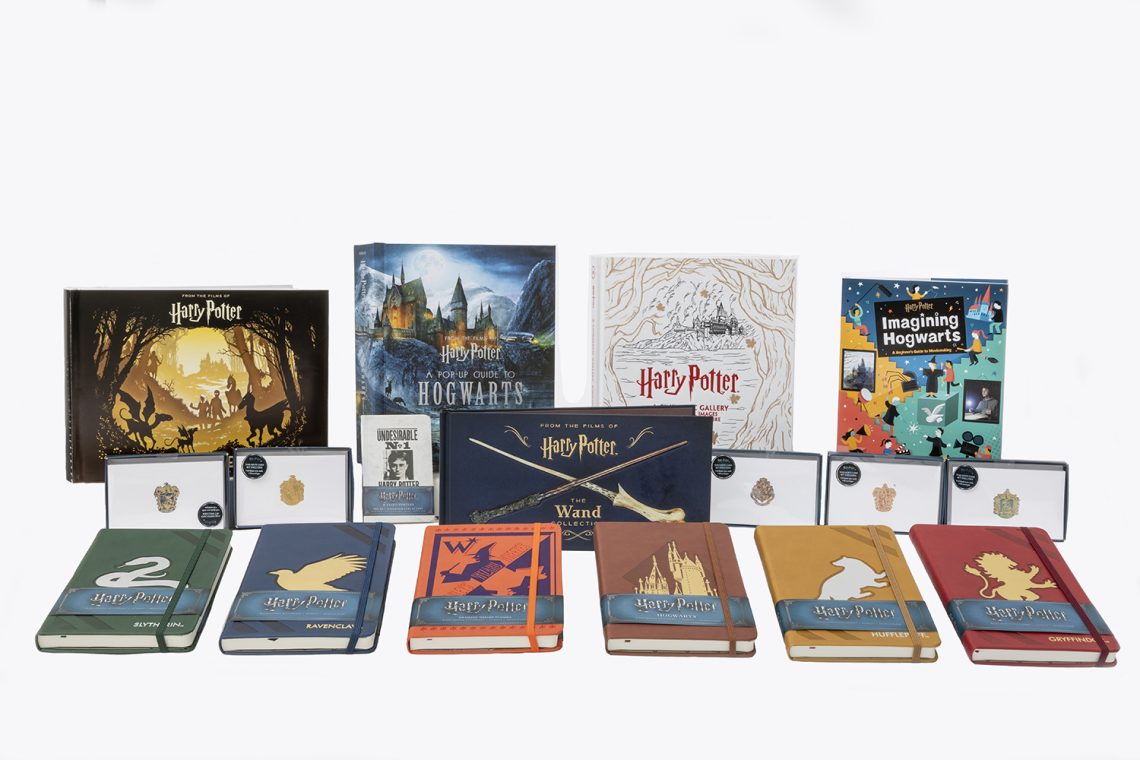 Visit the Insight Editions booth to walk into one of the scenes featured in the book and take a photo as a memento of SDCC 2018. 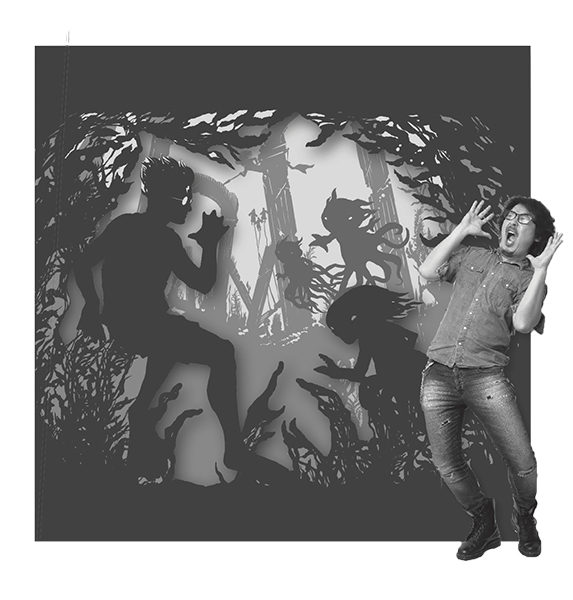 Rebecca Sugar, creator of Steven Universe and writer of Adventure Time, will be at the Insight Editions booth for a meet and greet. This signing is free with purchase of the SDCC-exclusive Steven Universe Sketchbook, featuring a foreword written by Rebecca Sugar and never-before-seen sketches of fan-favorite characters.

This signing requires an RSVP and spots are limited. In order to attend, fans must visit the Insight Editions booth to claim a ticket. Tickets will be available starting on preview night (Wednesday 7/18)—first come, first served. Only 100 spots are available. Only one signed item per person. 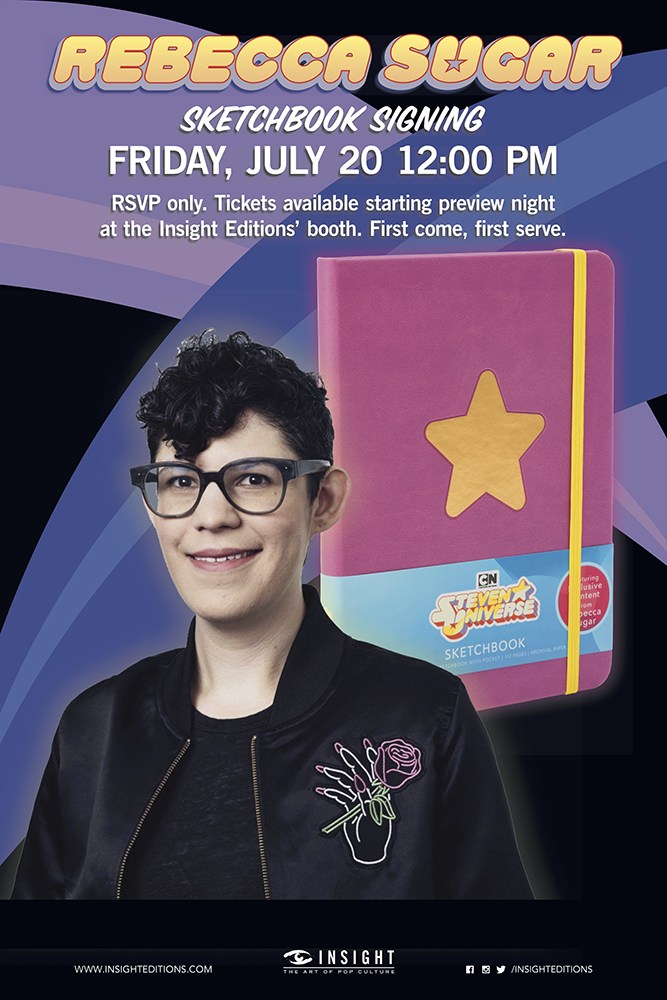 David Frangioni, author of Crash: The World’s Greatest Drum Kits, alongside KISS drummer Eric “the Catman” Singer, will be at the Insight Editions booth for a signing and meet and greet. Attendees can pick up a signed copy of Crash: The World’s Greatest Drum Kits and test their drumming speed with our drum-o-meter! The fastest drummer at the end of the weekend will win a cymbal signed by David Frangioni, Eric “the Catman” Singer, and Tommy Clufetos. 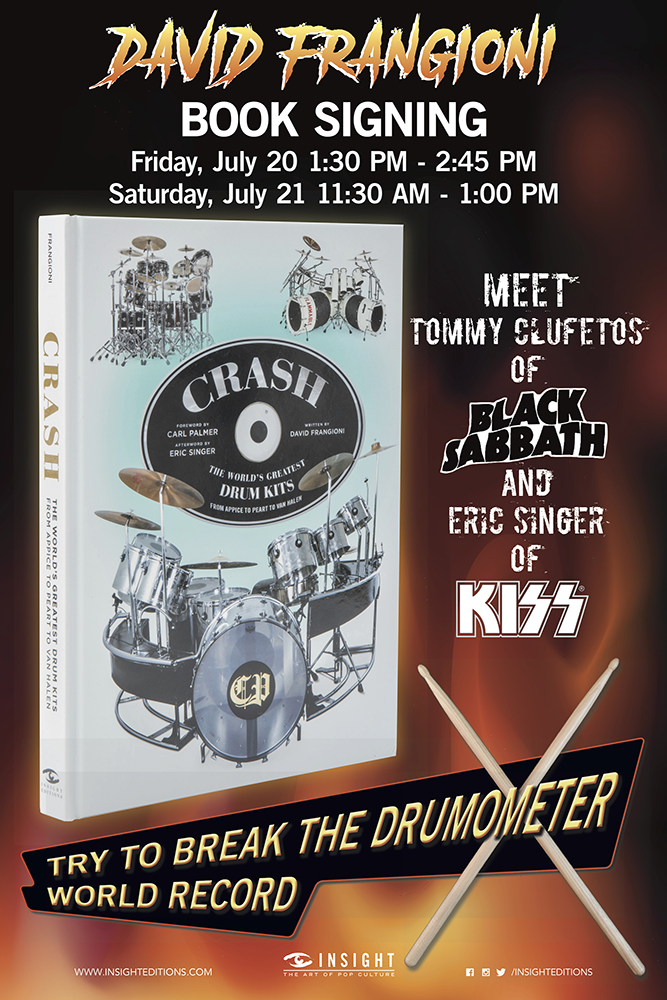 To celebrate the upcoming release of Power Rangers: The Ultimate Visual History this November, attendees have a chance to meet an official cosplayer at the Insight Editions booth and pick up a free Power Rangers 25th anniversary poster. 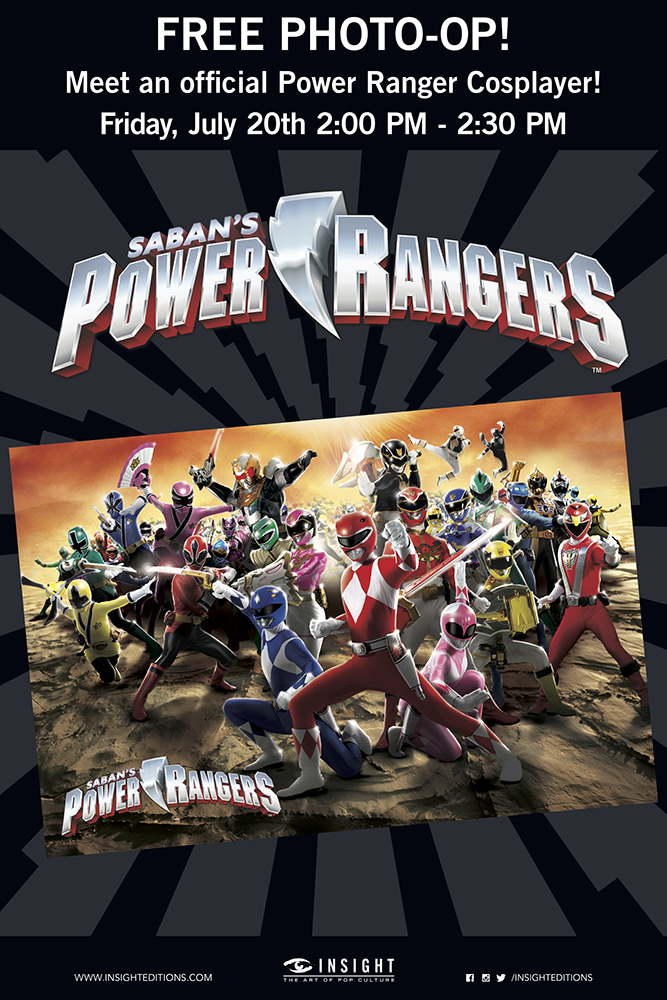 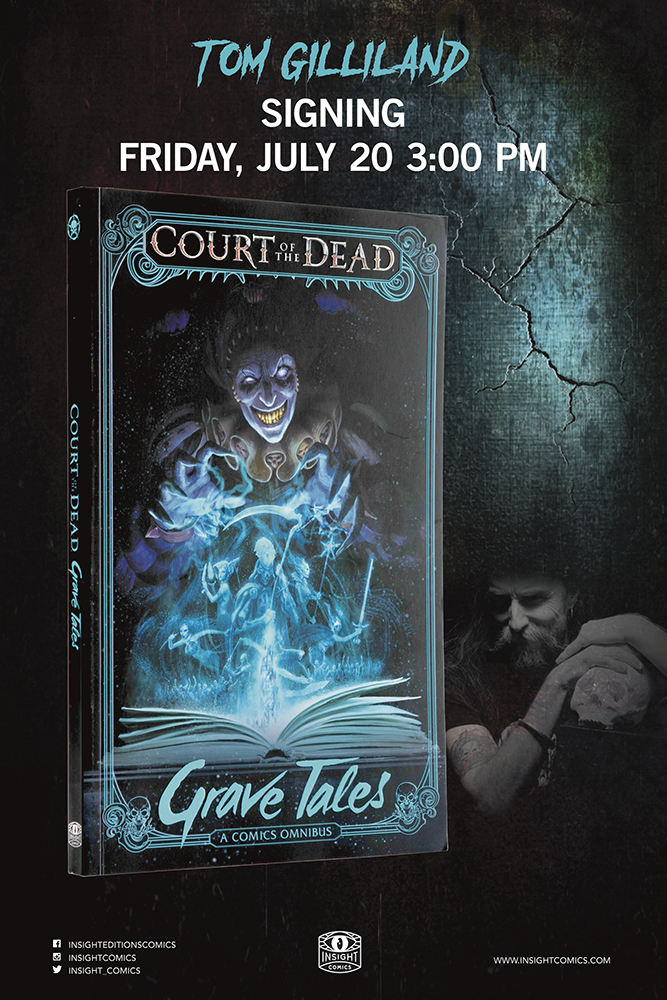 Richard Hamilton and Joe Cooper, author and illustrator of the newly released graphic novel Scoop, Vol. 1, will be at the Insight Comics booth signing copies of the exclusive variant edition. 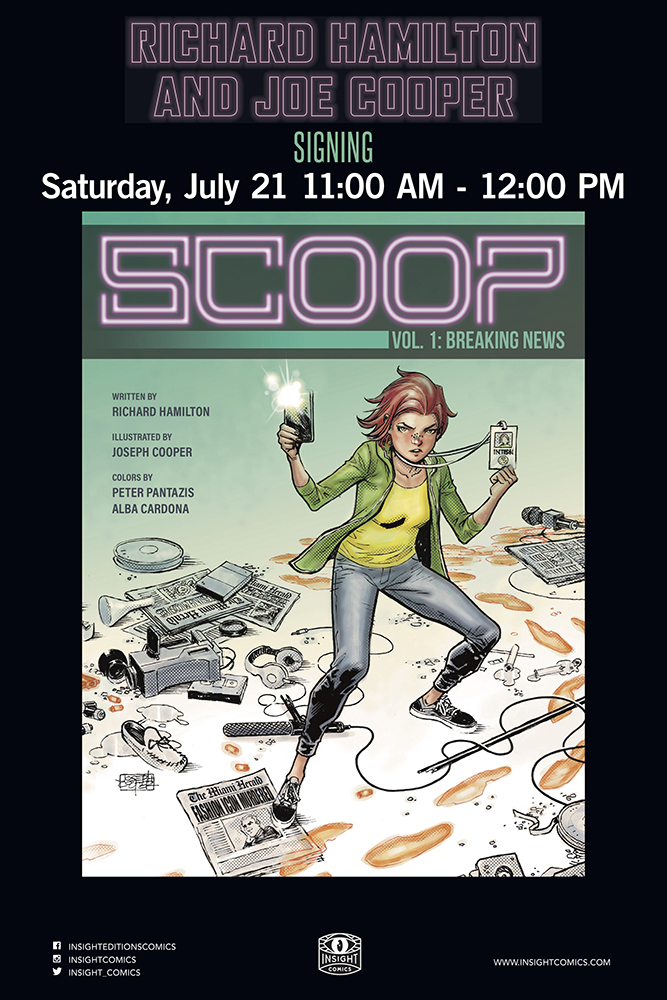 David Frangioni, author of Crash: The World’s Greatest Drum Kits, alongside KISS drummer Eric “the Catman” Singer, and Black Sabbath drummer Tommy Clufetos, will be at the Insight Editions booth for a signing and meet and greet. Attendees can pick up a signed copy of Crash: The World’s Greatest Drum Kits, and they have another chance to test their drumming speed with our drum-o-meter! The fastest drummer at the end of the weekend will win a cymbal signed by David Frangioni, Eric “the Catman” Singer, and Tommy Clufetos.

Andrew Farago, author of Totally Awesome: The Greatest Cartoons of the Eighties and curator of the Cartoon Art Museum in San Francisco, alongside creators Jeff Pidgeon (story artist and animator for Monsters Inc., Toy Story, and Mighty Mouse, among others) and Larry Houston (director, producer, and artist for classic cartoons including Captain Planet, The Care Bears, and X-Men) will be at the Insight Editions booth prior to their panel on Saturday evening.

Enrico Marini, the illustrator of the forthcoming graphic novel Gypsy Omnibus, will be signing art cards.

The 1980s was a truly outrageous decade that saw an unprecedented animation boom that made household names of a host of colorful characters. Author Andrew Farago (Cartoon Art Museum) looks back at that totally awesome era with some of the creative personnel behind some of the most popular cartoons of the decade, including producer Franklin Cofod (Voltron), voice actor Townsend Coleman (Teenage Mutant Ninja Turtles), director Larry Houston (G.I. Joe), and storyboard artist Jeff Pidgeon (Mighty Mouse: The New Adventures). The panel will be in room 25ABC.

Fans who aren’t attending SDCC this year still have a chance to join in on the fun! Insight Editions is hosting a 40% off sitewide sale from Thursday, July 19, at 11:59 p.m. PST to Sunday, July 22, at 11:59 p.m. PST. The discount is automatically applied in cart, so no discount codes are needed.

Welcome back to the 2U Showcase! This is where we’ll regularly share cool collectibles & pop culture paraphernalia …