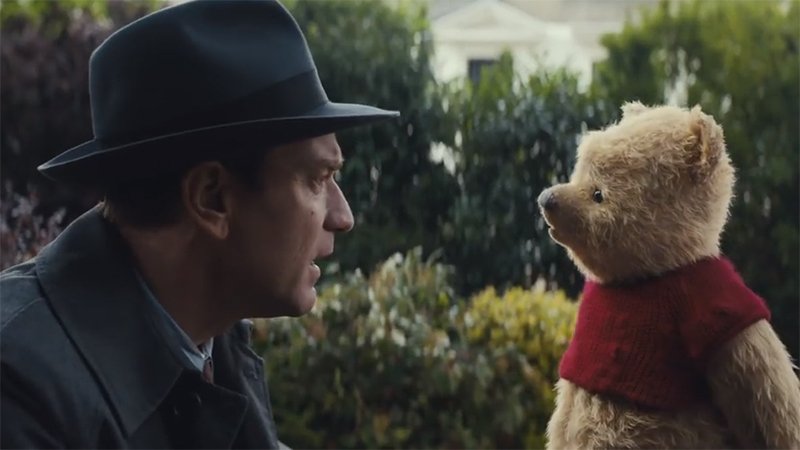 In an era where superheroes destroy half of Manhattan in an effort to save the human race from an alien invasion, and young children cheer on as Jedi knights duel lightsabers on the silver screen, Christopher Robin may be Disney’s attempt to close down the Winnie the Pooh franchise to make way for more promising marketing potential. Christopher Robin will not even come close in box office dollars compared to Solo or The Avengers: Infinity War, and one has to wonder if this was the studio’s attempt to reboot a franchise that was destined to make way for Intergalactic fisticuffs.

There are numerous movies that fall into a genre that has yet to be defined: husbands and fathers who are too busy with work to focus on the real importance of living. An element of fantasy creates intervention with the curmudgeon, long enough for them to catch a glimpse in the mirror and make amends. James Caan in Elf, Robin Williams in Hook and even James Stewart in It’s A Wonderful Life fall into this category. The latest entry in the Disney live-action film franchise based on lovable animated cartoon characters is Christopher Robin and is not a motion-picture for children. The first third of the movie is so depressing that one almost wondered what type of storytelling was attempted. But a film addressing the psychological exploration of a man’s mind during trial and tribulation would have been welcome had the film stayed on course. 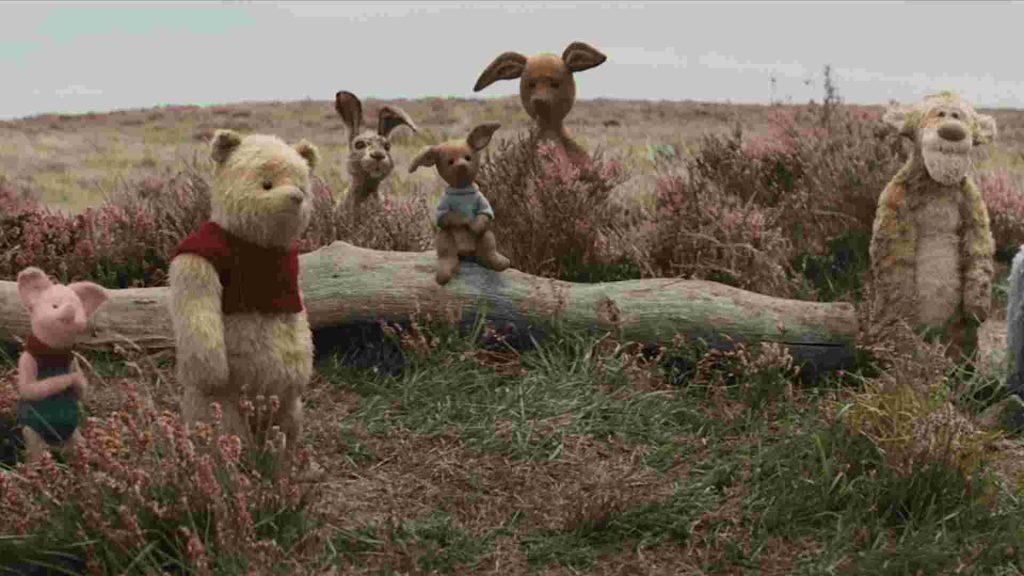 The stories of Winnie the Pooh and his friends in the Hundred Acre Woods was clearly the imagination of a nine-year-old boy who, with no friends to play with, kept himself preoccupied with fairytale creatures that existed only as stuffed toys. As Robin grew up and forgot about his friends, they ceased to exist. After being reminded of Pooh through a cartoonish drawing he made as a child, Pooh wakes to find himself alone in the woods — and sets out to find his friends. As Robin’s boyhood memories come back to him, so do Tigger, Owl, Rabbit, Eeyore, Kanga, and Roo. A number of quick cuts and questionable “displacement” of real-life artifacts establish that Pooh and friends are a mere fantasy in the mind of Robin. One momentarily questions whether Christopher Robin (played by Ewan McGregor) is suffering from a breakdown as a result of a major deadline due Monday at work. 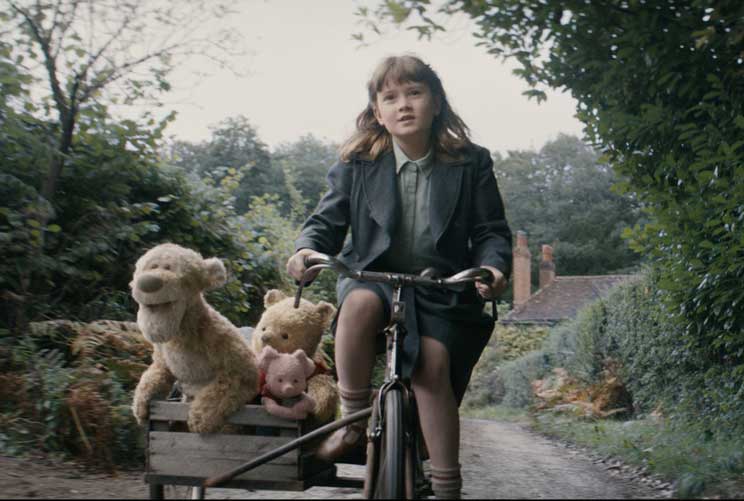 Over the years there have been motion-pictures centering on fantasy cartoon characters who get sucked into our world, defined as “the real world,” establishing a difference between the two worlds, and vice versa. (Fat Albert, The Smurfs and others come to mind.) They were dreadful because the suspension of disbelief is difficult to maintain with celluloid. Thankfully the computer graphics for Winnie the Pooh and friends is magnificent; acting by everyone in the cast is satisfactory under the circumstances. But asking people in the real world to interact with fictional characters during the final third of the movie is where the film, as depressing as it might have been up to that point, is flawed. Perhaps there had to be a Disney-esque ending to this movie… but I suspect the resolution, though somewhat expected in this genre, could have been applied without the whimsical humor.

Until the recent Star Wars and Marvel acquisitions, Winnie the Pooh was the second highest-grossing merchandise for the Walt Disney Company (with Mickey Mouse number one). As Winnie the Pooh himself says in the film, “I would have liked it to go on for a while longer.” If this be Pooh’s swan song, this would be a satisfactory final chapter.

When it comes to quality television, you can count on HBO to provide the best – even if …