Prepare your Batman figures for battle against the most back-breaking bad guy to ever set foot in Gotham City.  Though we’ve known for a while about Figures Toy Company’s plans for a Bane figure in their Batman Retro Series, today is your first full look at the masked madman in retro form! 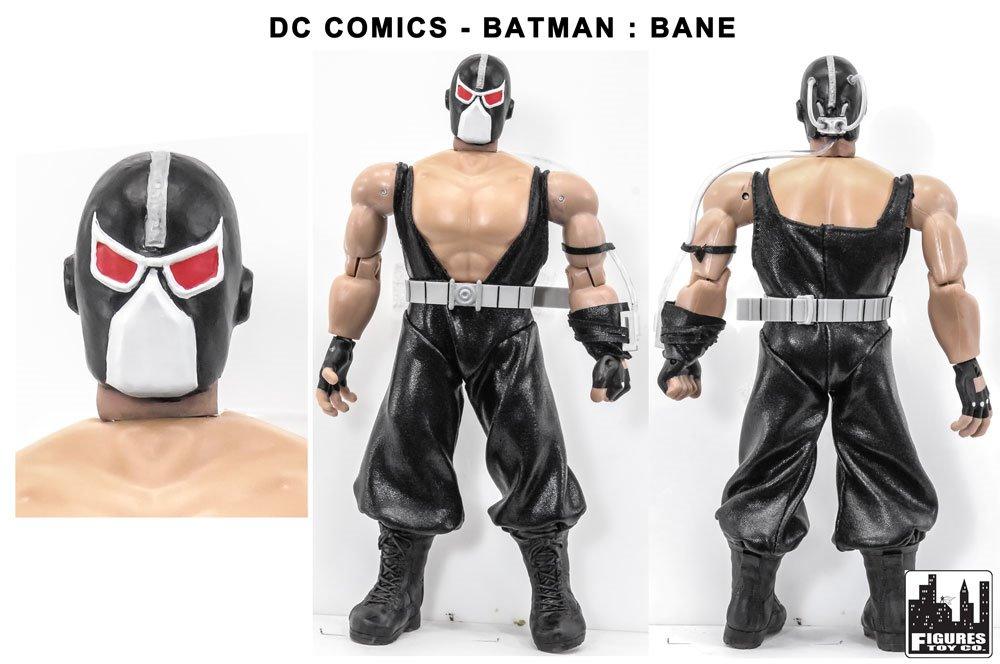 Batman fans are very familiar with Bane, thanks to his pivotal role in the pages of DC Comics in the 90’s, as well as appearances in the beloved Batman: The Animated Series, and as the main antagonist in the live-action The Dark Knight Rises.  Never before has Bane been done in the retro style, but FTC is making it happen with this blockbuster release!  Bane is built on the larger retro style body, clad in his trademark black costume, with a belt and a tube accessory that sends the venom coursing through his veins!  This is a figure that will be a formidable challenge not just for Batman, but for any of the other World’s Greatest Heroes!

Speaking of other heroes, while you’re waiting for Bane to burst on the scene, www.figurestoycompany.com has your collecting habits covered with their extensive DC Comics retro figure assortment!  From icons like Superman, Batman, and Wonder Woman to cult favorites like Duela Dent and The Trickster, you’ll find many of your favorite characters from the pages of DC Comics!  There are also retro figures for classic cartoons like Jonny Quest and Scooby Doo, and even a new assortment of KISS Love Gun figures inspired by the original 70’s releases, right down to the retro box packaging!  FTC is also extremely active on social media, so give them a follow on Twitter (FiguresToyCo), or find them on Facebook and Instagram (Figures Toy Company) for frequent product news and updates!  If that’s not enough FTC for you, look for exclusive updates to land right here at Second Union before you see them anywhere else!

A trio of terrific figures has made their way into stock at Figures Toy Company!  Two new exclusives …

Mario Kart 8 Deluxe will be released tomorrow on Friday, April 28. The game is a port of the …