‘VENOM’ Breaks Through with a Promising Future 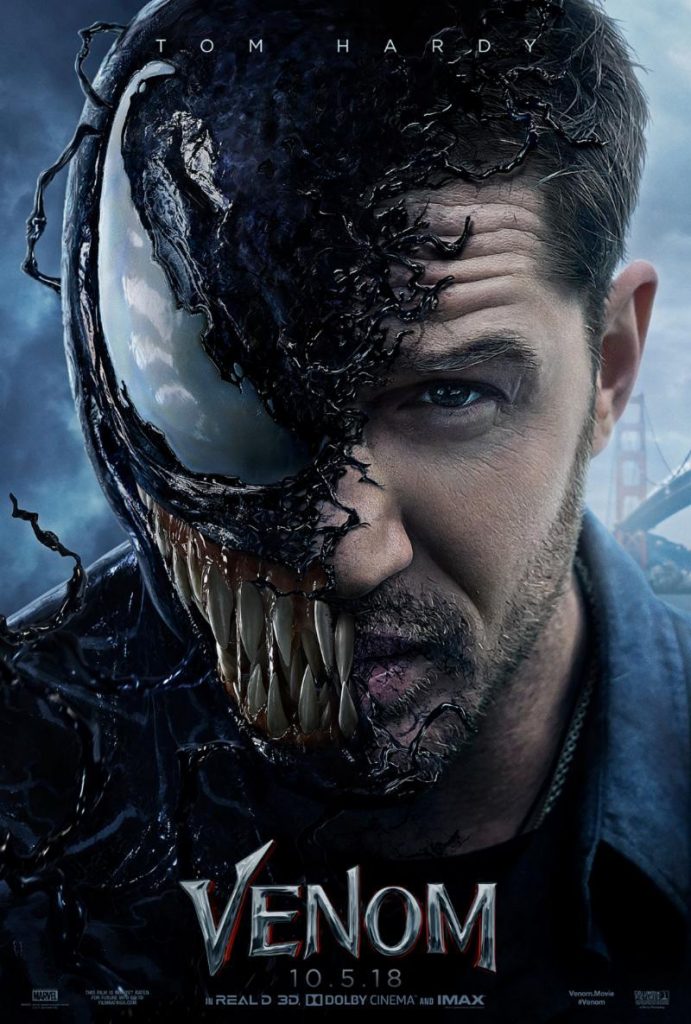 Under development for more than a decade, Sony Pictures finally launched their solo Venom movie, a spin-off from the Spider-Man universe. Make no mistake, this movie was produced “in association” with Marvel, but not manufactured by Marvel Studios. The difference should be clarified for those unaware that some of the Marvel properties are still under license to Hollywood moguls — X-Men, The Fantastic Four and Deadpool under license to 20th Century Fox, for example. The cookie-cutter recipe that has made Marvel Studios a force to be reckoned with in Hollywood is not applied here. Tom Hardy shines as Eddie Brock, a reporter who loses everything as a result of Dr. Carlton Drake, a multi-billionaire who believes that mankind is on the verge of extinction and the only solution is bonding with alien symbiotes to survive exploration in outer space. Brock’s questions during an interview cause him to lose his job, his girl and everything else Drake can influence. When Eddie is exposed to one of the symbiotes, however, he bonds with the organism and together they become “Venom.”

Anyone who read the comic books knows this particular rendition of Venom, complete with top-notch computer graphics, works perfectly well as a faithful adaptation of the character. (Venom, sans spider logo on the chest, is everything fans of the comic book have come to expect.) What hurts is the concept — ever becoming more prominent in Hollywood reboots these days — is spending the entire movie focusing on the origin. To the mainstream crowd this may be fascinating but to those who took time to read the comics, this is dreadful. (Kevin Feige at Marvel may be aware of this — the most recent Spider-Man: Homecoming avoided the origin story, much to the pleasure of fanboys who saw it twice on screen in the last fifteen years.) As far as movies adapted from comic books go, the plot is routine and all too familiar. Venom spends most of the picture establishing the ground rules between Brock and the symbiote, with Brock finally accepting what powers are capable as host to uncontrollable strength and power. Naturally, after the groundwork is established near the close of the film, and a mid-credits tease for the hoped-for sequel does the film exceed fanboy appreciation.

A decade of Marvel Studios has provided us with an expectation level that Venom never reaches — there are moments when the movie is silly, comical and serious. Unsure of which rendition to take, directors often film various takes and later edit the film based on which direction the movie (and the franchise) is going to go. Here, it seems like the director and executives at Sony chose to apply a mix of all three. While movie reviews, in general, are less than approving, fanboys agree the script was not spectacular but the acting of Tom Hardy and the CGI-incarnate of Venom is spot on. Hardy himself claimed the best scenes with Venom were cut out of the theatrical release to ensure a PG-13 rating, down from the original R rating, which makes us hope the DVD and BluRay release offers a director’s cut. 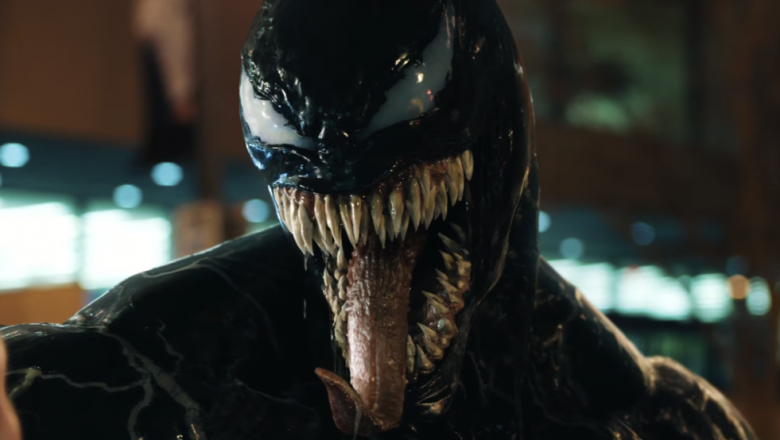 Summed up, while the casting and special effects ensure longevity with Sony Pictures in their attempt to launch a franchise of Marvel movies, the decision will come down from the executives based on box office. Sony agreed to allow Marvel Studios complete control over the Spider-Man franchise for two motion-pictures, which will no doubt be renewed next year. While the post-credits sequence ensures the sequel to be more fun than this two-hour origin story, contracting Marvel Studios to take helm would not hurt. Either way, Venom has a promising future.

Star Trek is living long and prospering over on CBS All Access! Panel attendees at New York Comic …

Official Synopsis: REMEMORY was written by Michael Vukadinovich and Mark Palansky and produced by Daniel Bekerman and Lee …