After last week’s frenetic season-opener, “The Ghost Monument” came as a welcome intake of breath, albeit one that may have lasted a little longer than necessary.

At the start of every season of Doctor Who, there is a kind of unofficial checklist that must be adhered to in order to establish its story. The first four episodes will usually take place, on Present Day Earth, on a nondescript planet, in the past, and in the future. “The Ghost Monument” is part 2 of this formula.

After being picked up from deep space, The Doctor, Graham, Ryan, and Yaz unwittingly participate in the final leg of a high stake Intergalactic Rally that promises the victor a sum of money greater than that of anything they’ve seen before. 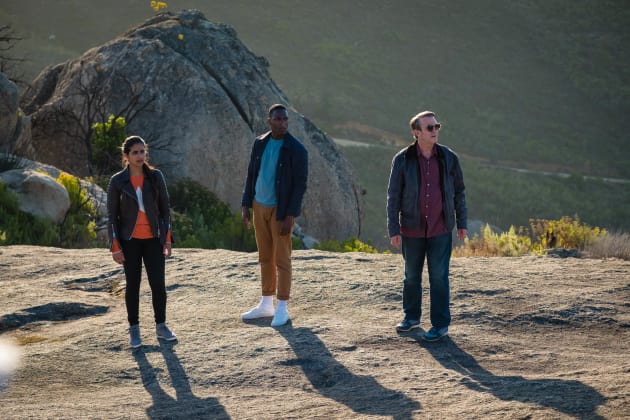 Joined by those that remain, the bullish Epzo (Shaun Dooley) and somber Angstrom (Susan Lynch) receive their final instructions from Art Malik’s mysterious Ilin. Instructions that include traversing inhospitable terrain, battling strange, paper aliens, and discovering the location of the highly coveted “Ghost Monument” or as its more affectionately known, The TARDIS.

Obviously an episode much slower in pace in comparison to its predecessor, but one that still manages to pack enough energy and humor to keep it well within passable territory. Sure, the lack of intensity was abundantly apparent, and the quest for the TARDIS did supersede anything else occurring in the episode. However, it was, in fact, the moments of absolute stillness that brought it a fairer sense of gravity. 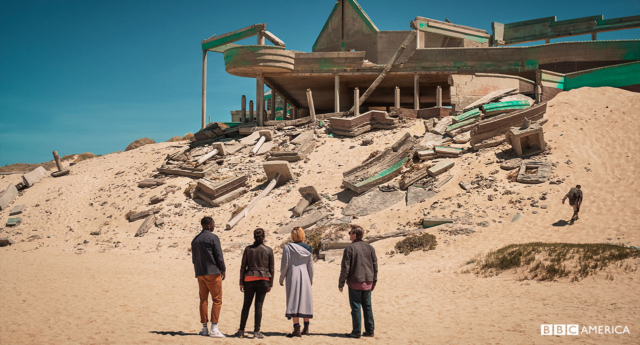 The relationship between Ryan and Graham is something that will surely blossom into one of Whovian folklore for years to come. Their striking chemistry and warm portrayal allow humanity to prevail while the insanity is maintained.

During some of the more ludicrous scenes, it’s hard to not roll your eyes at how silly things are, personally, I found the convenient translator in the back of the neck a stretch too far. However others are given so much effort that they feel so much more valued and appreciated, the Custard Cream distributor in the TARDIS for example.

Overall, “The Ghost Monument” will not go down in the annals of history as the most loved Doctor Who episode ever made. However, what it will do is provide an adequate foundation for future endeavors not only in terms of action but emotion too.

First released today by Entertainment Weekly, exclusive photos and concept art from behind the scenes of the upcoming …