By this point in a typical season of Doctor Who, audiences will have been treated an abundant array of beautifully crafted alien costumes and expertly designed scenery. Whether it’s traveling to the distant future to meet Cat People or battling sinister Robots with Robin Hood, those behind the scenes always seem to make their Universe seem as vast as possible. Until now.

After 3 episodes of Season 11, the only costumed Alien on displayed was that surreal Molar-encrusted fellow from Episode 1. Instead, Chibnall and his team have decided to heavily ground this story around the things that matter most. 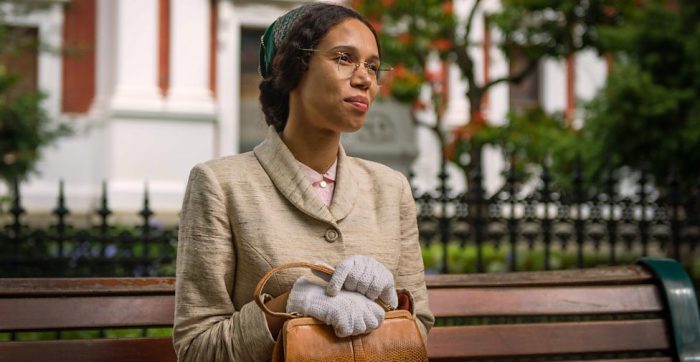 Written by Malorie Blackman, Rosa is an invasive exploration of the harrowing journey African–Americans had to endure during the 1950s and 60s. Taking place during the two days surrounding Rosa Parks’ now prominent protest, The Doctor, Ryan, Yaz and Graham come up against Krasko, a man bent on preventing the famous bus journey from ever happening.

Originally, Doctor Who was intended as an educational program for the whole family to watch. Its themes would provide insight and stories would create intrigue. Over the years that followed, that intention strayed away from education and more toward entertainment, although its core belief was always there, its delivery seldom gave educational illumination.

In response to this, writer Blackman took the brave decision to approach the Civil Rights Movement as frankly as she could. Not shying away from the emotion of the era, her choice of language, environment, and characters established the raw emotion of those forced to endure such vile injustice. Anchored by performances of Whittaker, Walsh and Vinette Robinson, Rosa Parks comes to life in such a way that it felt almost impossible to take your eyes from the screen.

Robinson’s ability to create a character such as Parks while maintaining the heart and soul of the person she truly was was fascinating to witness. At no point did the episode feel garish for the sake of being so. It remained respectful and true to a period of time I’m sure a lot of people have tried very hard to forget.

Overall, Rosa is a stampede of emotion and human strength. Its powerful message of endurance will prove to be one that resonates through the minds of the younger viewers of today. An episode as prolific as this is one that will undoubtedly go down in history as one of those that influences and educates the lives of people for a very long time to come.

After Parker Posey‘s frankly perfect interpretation of the villainous Dr. Smith in Netflix’s Lost in Space, it raised …