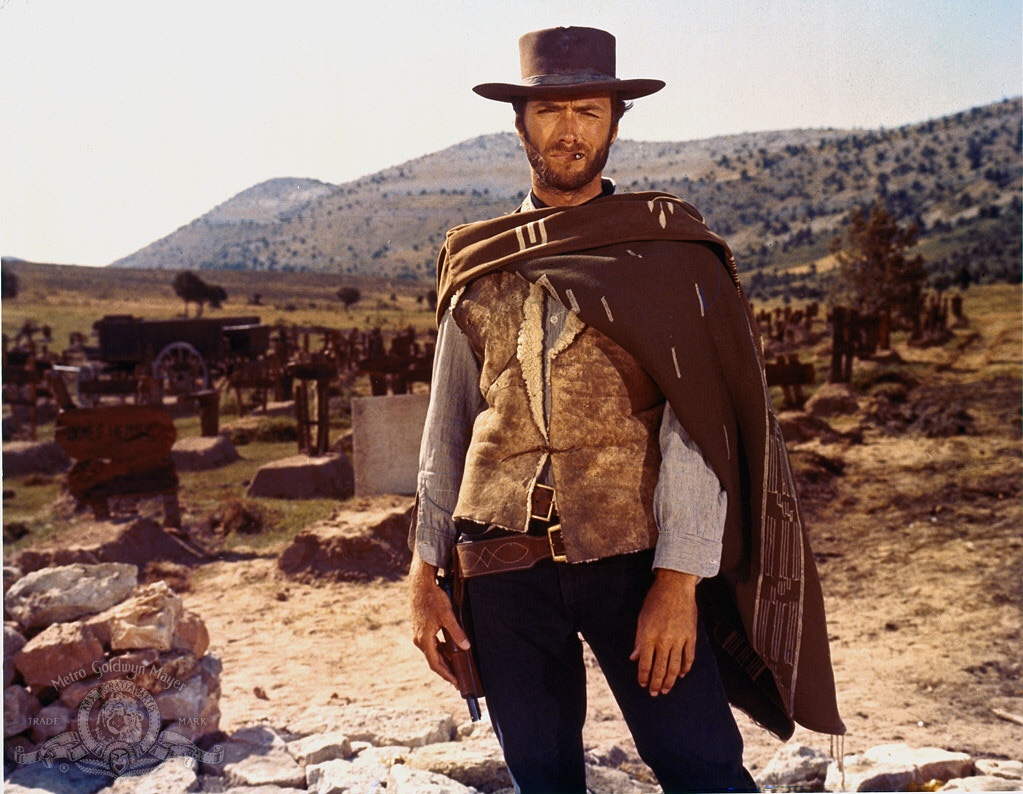 Music is a character – as significant in its contribution to scene and storytelling as any actorʼs performance. The effects of song, soundtrack, and score on a film have a limitless range of results: from exalting story to the height of emotional connection, to losing the audience entirely in depths of condescension or forgettable predictability.

There are many legendary film anthems

“Main Title” from ʻThe Good, The Bad And The Uglyʼ – Ennio Morricone

“As Time Goes By” from ʻCasablancaʼ – Herman Hupfeld (Dooley Wilson)

but those aren’t the songs Iʼm talking about. I propose appreciation of movie music that doesnʼt take the spotlight, but yet deserves it – for the essential role it plays in creating a sense of place and molding our emotional experience. For almost a century, compelling music has wielded the power to define a perfect scene, raise a poor movie to enjoyability, or elevate a good movie to greatness. These are the Best Songs in a Supporting Role. The first nominee is:

The Marvel Comicsʼ character ʻBladeʼ first appeared in 1973 – a modern-day hunter of the undead – himself a hybrid of Human and Vampire. The brooding Dhampir made various guest appearances in other comics titles, until 1994, when he received his first independent treatment. 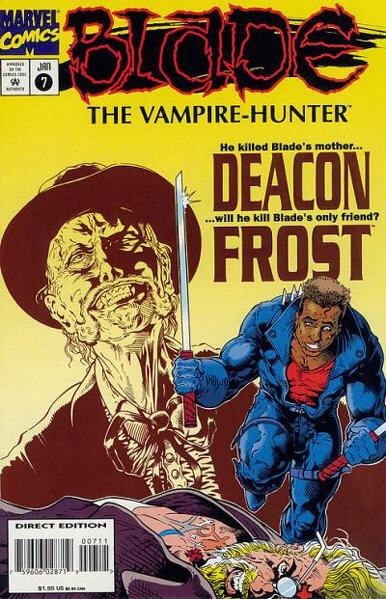 The action-packed morality tale of a uniquely tormented warrior was seemingly ideal for adaptation to film, and we flocked to Wesley Snipesʼ big-screen portrayal of The Daywalker in 1998. Beyond the visceral performance of its star, supporting credibility comes from the performances of some recognizable casting, including Kris Kristofferson, Udo Kier, and Stephen Dorff. Screenwriting by David S. Goyer and Executive Producing by Stan Lee put comic book storytelling sensibilities at the forefront. Box office success inspired two sequels – forerunning a generation of episodic blockbuster comic adaptations to the cinema. 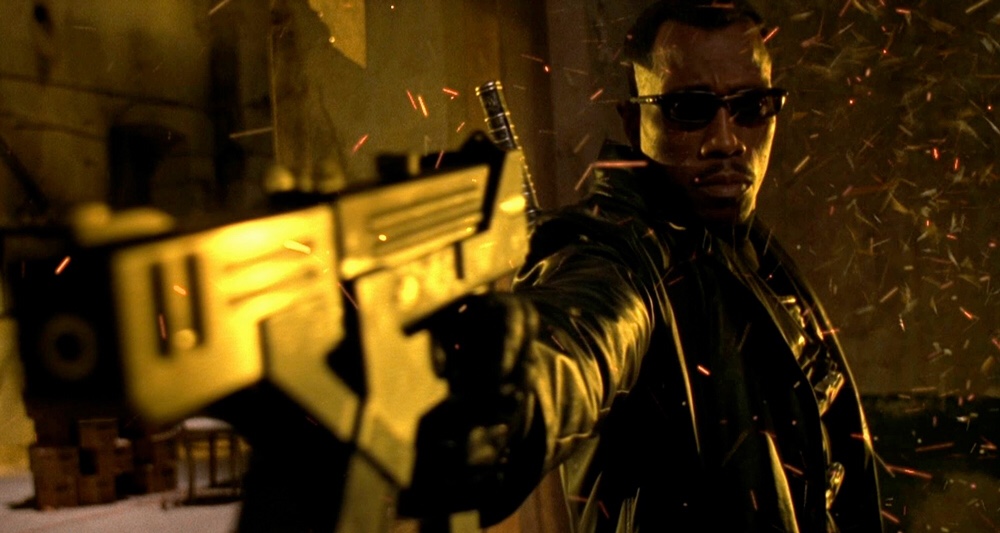 The filmʼs score is courtesy of Mark Isham, whose ambient virtuosity has set the mood and flow of more than 130 popular films and television shows over the last four decades. Point Break (1991), Chicago Hope (1994), Crash (2004) and Warrior (2011) are just a few examples of his tremendous depth of resume. For Blade, Isham composed precise pacing for everything from the calm of character introspection, to the blur of hand-to-hand combat. Woven into the score, are the hard beats and lyrics of hip-hop mixed with aggressive techno, featuring various artists including Mystikal, Gang Starr, KRS-One, Mobb Deep, EPMD and Junkie XL. The audioscape of Blade not only propelled the tempo and tone demanded by the story, but pushed music trends of the era. However, the most important scene of the entire Blade Trilogy was defined by a rave-inspired remix of an 80s electronic pop classic. 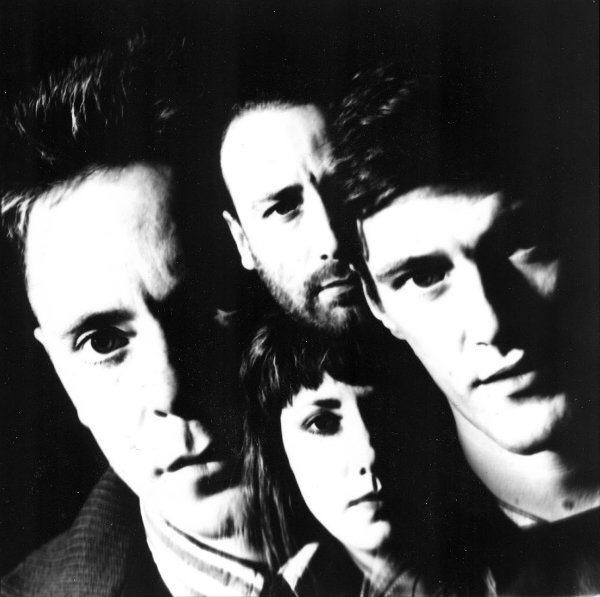 Synth-pop icon New Order first released the original single of “Confusion” in 1983, but it was subsequently overshadowed by “Blue Monday”, a track the band is inarguably best known for. Not until the 1990 release of Confusion (Remix) single – which offered six rerecordings – did the song and its iterations began to take on a reputation of its own. ʻThe Rest of New Orderʼ compilation album released in 1995, featuring the Confusion (Acid Techno Remix) by Pump Panel, which took the origin track in an inimitable direction. This remix begins with an infectious pulse and an aggressive synthesized hook that demands attention. Core elements of the original track are architecture beneath this throbbing electronic anthem, which creates a new addictive experience altogether. 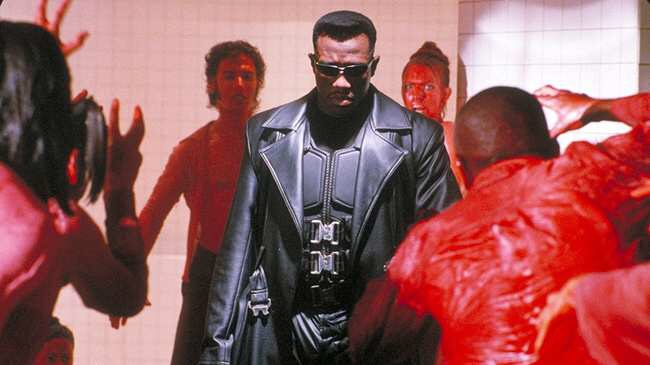 While the filmʼs opening flashback and eerie title score immediately establish nocturnal gloom, the ensuing ʻBlood Raveʼ plunges us under the surface and into its violent world. “Confusion” (Pump Panel Reconstruction Mix) begins as a seductive host; gently but persistently enticing us to dance into clear danger behind closed doors. The track then rises to take over, and all are in thrall. A feast of strobe-lit bodies thrash and frolic; blissfully hypnotized by the music. The filmʼs antagonist arrogantly floats through the room, sizing up select inhabitants. Fear materializes as red drops begin to fall from above. Somethingʼs coming, and raversʼ hands rise in eager anticipation. The beat drops as the Blood Bath falls, soaking the room in a macabre downpour. Thirsty Vampires reveal themselves under the baptism of red rain. Trampling techno entrances as writhing Nosferatu relish and toy with hapless human prey. Innocents panic and clamor in helpless terror. But then the music begins to relent, as sprinklers cease to shower. The blood-soaked crowd parts to reveal our dark protagonistʼs stoic first appearance; having arrived to dispatch unsuspecting creatures of the night. The party is over, but the story of Blade has begun with an absolute storm. “Confusion” put us in the comic book, and made us hungry for more.

Working professionally in beverage & hospitality to support my Star Wars lifestyle and toy/comic/movie collecting addiction. Everything I need to know I learned watching eighties cartoons. Me talk pretty one day.

‘Marvel’s Inhumans’, or simply Inhumans, is an upcoming American television series developed for ABC, based on the …