Who is Second Union?

Second Union is a website devoted to pop culture and entertainment news, reviews and interviews! We work hard to bring you information and updates regarding your favorite pop culture and genre fare. We strive to offer original content and points of view you won’t find anywhere else. Our goal is to inform, educate and (hopefully) entertain. If you’ve learned something new, or we’ve brought a smile to your face, our work is done! We’d be honored to be added to your list of favorite pop culture/entertainment links.

What does Second Union mean to us? Quite simply, a place to belong. We’re everyday people, just like you, with jobs, families, and hectic schedules, who enjoy pop culture! Our interests include movies, television, video games, comic books & graphic novels, music, toys & collectibles. The basic building blocks of our collective DNA.

We’ve added easily to navigate categories at the top of the page, here’s a comprehensive list of how they all break down:

If you’d like to show your support for Second Union, there are now several ways you can do that – become a Patreon supporter: http://bit.ly/2Upatron and/or make a purchase from our online shop: http://bit.ly/2Utees 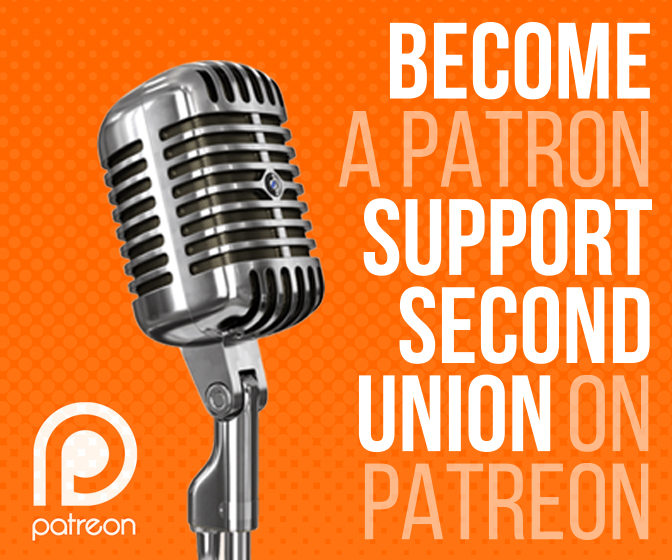 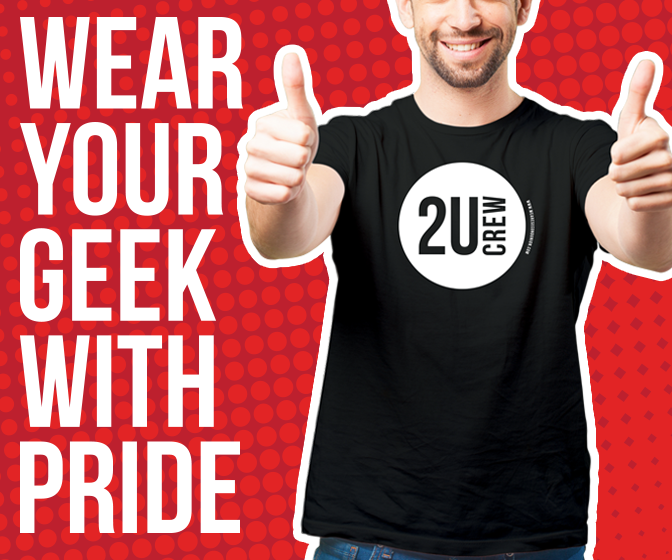 Or, if you prefer, make a one-time donation to Second Union by clicking here…

Stay tuned, there is so much more to come! 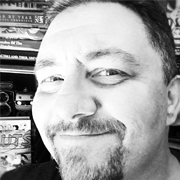 Jeff Andrews – Founder, Creative Director and Editor in Chief. Jeff Andrews is an Oregon native. A graphic designer by trade, Jeff grew up on a healthy diet of 70’s pop culture: Star Trek, Star Wars, The Six Million Dollar Man, Shazam!, Batman, Super Friends, and the like. He’s a collector of vintage comics, albums, cameras, board games and other pop culture related paraphernalia. Jeff can be found on Twitter, Instagram, and Facebook. 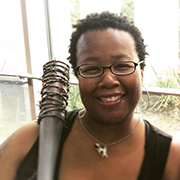 Karma Savage – Co-Founder, Art Director, and Senior Editor. Karma Savage is a creative and tech by trade and geek year round. 80% of her time is spent sharing resourceful knowledge through social media. Reads Spawn, Mars Attack, and The Walking Dead. Her favorite movies are Saturday Night Fever and The Planet of the Apes. She also enjoys outdoor concerts, gaming, and comic/pop culture conventions. Follow her on Twitter and Instagram. 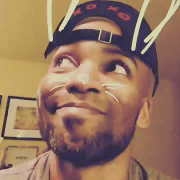 Jamel Singleton – Born and raised in Southern California, Jamel Singleton is a lifelong kid-at-heart with a passion for fantasy novels, movies, TV, and video games. It was his overwhelming love of video games which prompted Jamel to co-create a gaming blog for the local paper. Eventually blogging led to a podcast, and podcasting led to him becoming a Contributing Editor for Second Union. Currently, Jamel resides in Surprise, Arizona, when not working as a Design Director—or geeking out for Phoenix Comicon, he and his wife Maria are expertly raising two nerd savvy teens. You can follow Jamel on Twitter and Facebook.

Martin Grams is the author and co-author of more than 20 books about nostalgic pop culture, including THE GREEN HORNET: A HISTORY OF RADIO, COMICS, MOTION-PICTURES AND TELEVISION, and THE TWILIGHT ZONE: UNLOCKING THE DOOR TO A TELEVISION CLASSIC. Martin heads a number of preservation projects and is the winner of numerous awards for his efforts. He is the editor of the bi-monthly RADIO RECALL and frequent author of magazine articles throughout the year for FILMFAX, RADIOGRAM, and many others. 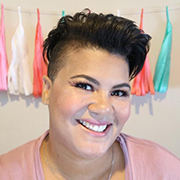 Rajshel Juhan most commonly referred to as RJ is located in Alpharetta, Georgia. She is a wife, mom, graphic designer, makeup enthusiast and most importantly a nerd at heart. Superheroes, zombies and an occasional apocalypse are all things that make her heart flutter. She loves being in front of the camera and has never met a stranger. RJ can be found on Twitter and Instagram. 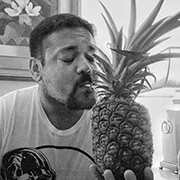 Jay Jones is an award-winning Beverage & Hospitality professional, with a Star Wars lifestyle and toy/comic/movie addiction. As an art college drop-out, he now satisfies creative urges with cocktail design, photography and writing. When he’s not trying to cook the perfect steak, he can be found adding to his unnecessarily large collection of DVDs and action figures, usually in the company of large dogs.  Follow Jay on Twitter. 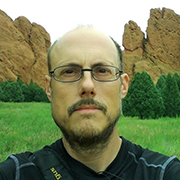 Chris Cooling was raised on UHF reruns of shows like Star Trek and The Twilight Zone on a black and white 19 inch Admiral TV in the 70s. An utter TV and media nerd, as a boy he recorded TV theme songs on an audio cassette recorder, read TV reference books and wrote his own episode guides to his favorite TV show for personal reference. In middle school at 12, he wrote his first radio PSA which he recorded and was aired for years on Houston radio. His first job was at a movie theater, where he became the ‘voice of the theater’ for several years, which led to doing the theater’s radio spots and stints at a couple of local radio stations in the early 90s. Today, he produces Forgotten TV, a documentary podcast on short-lived TV shows and TV movies from the 70s/80s. He also enjoys using his self-built camper van when he has a chance to get away. 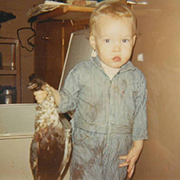 Robert Guy is a Gold, Silver, Bronze, and Modern age comic book aficionado. A Classic Sci-Fi, Pulp, and Fantasy movie and literature enthusiast. A fan of all things Hanna-Barbera. An avid listener of 70’s and 80’s music, a regular player of Heroclix, and a father of 3. On the lighter side, he’s currently writing his Ph.D. dissertation in Health Psychology. 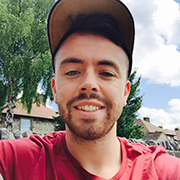 Josh Hickman – TV/Movie Contributor. Josh hails from the beating heart of The Black Country, England. His interests include watching and studying the movie-making process. As a married, father of one, his time is mostly spent between watching children’s TV, Soaps and the occasional classic Wrestling PPV. Josh’s dream is to one day become a Movie Producer. You can follow Josh on Twitter/Facebook/Wordpress/Stardust by searching for his adopted moniker, Reffing Movies. 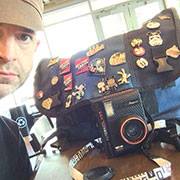 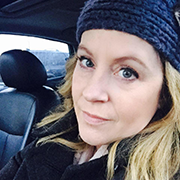 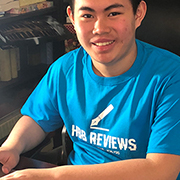 Charlie Jin is an avid writer, journalist, author, and cinephile, praising the very best that a year has to offer in film, literature, and gaming. He is the editor-in-chief and founder of HBB Reviews and is a proud member of the Southeast Film Critics Association, Georgia Film Critics Association, and the Atlanta Film Critics Circle. He has also written the critically acclaimed short story collection Project Vita which was awarded five-stars by Reader’s Favorite. 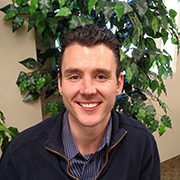 Tim Ludy is an active podcaster, cosplayer and D&D player from Massachusetts. He is the host of The Entreprenerd Podcast which interviews the podcasters, cosplayers, bloggers and creators behind the community’s best geek brands. With Under the Capes Cosplay, Tim shares progress on props and cosplays like Doctor Doom, Deathstroke and Captain America. By day, he runs content marketing agency, Monomyth Marketing. Follow Tim on Twitter and Instagram. 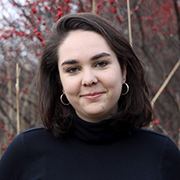 Lucy Ellman is a recent graduate of Vassar College with a B.A. in Media Studies. When she’s not writing about movies she’s probably watching stand-up comedy. “Peak TV” stresses her out. Follow Lucy on Twitter and check out her Portfolio. 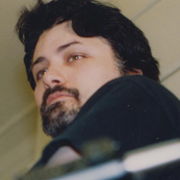 David Lawler – Director of Ligeia and American Punk NYPP, he has written for Film Threat, VHS Rewind, and his own blog, Misadventures in BlissVille. Born in Cincinnati, the birthplace of Steven Spielberg and Charles Manson, Lawler has published two short-story compilations, Trinity and Emma the Cat, and two novels, The She-Beast of Shoggoth and When the Sky Was Open, but his preoccupation with procrastination sometimes gets the better of him. He is also the creator of Vintage Cable Box, a weekly column in which he reviewed movies that had heavy rotation on cable television in the ’80s. Lawler has produced several podcasts including That Twilighty Show About That Zone, Two Davids Walk Into A Bar (with co-host David Anderson), EQ Lawler/Saltz (with Alex Saltz), and Upstairs at Froelich’s (with co-host John Froelich). Follow David on YouTube. 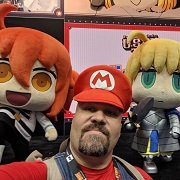 Jeremy Wilson – California born and entrenched.  Has been reading comic books for over three decades.  A former anime fan and a dedicated X-Men fan.  Has collections of toys, statues, and comic books.  Going through an interesting mid-life crisis that includes collecting comic art, doing professional wrestling, and being a panelist and panel host at a number of conventions.  Through all of this, he’s still an introvert! 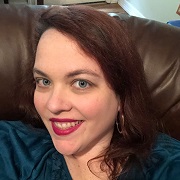 Joanna Stryhal lives in Texas with her husband and their four cats. She is an avid comic book reader and loves attending conventions and Renaissance festivals, in costume of course. Star Wars, Marvel movies, and fantasy films are some of her favorites to watch. Joanna also participates in LARPs and loves all things nerdy. The first comic book she ever read was an X-men comic, and that team has been among her favorites ever since. Her wedding was Star Wars themed, complete with a lightsaber hilt holding her bouquet, Han and Leia cake toppers, and she was even escorted into the chapel by members of the 501st dressed as Stormtroopers and Clonetroopers. One day she aspires to attend the SDCC, either as a patron or panelist. 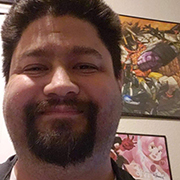 Jesse Nelson – Born and raised in California from central coast to central valley. A child at heart who has never stopped watching cartoons. From Transformers(84), to Gargoyles, to Steven Universe. Plays Dungeons and Dragons with friends regularly. Jesse is a collector of toys and other memorabilia of properties that holds his interest, which are too numerous to mention but most are cartoons and older properties. A casual reader of comics, especially since joining a podcast with friends discussing past and present stories. Follow Jesse on Twitter or Facebook. 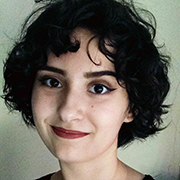 Ellie Polk is a recent graduate of Pacific University and a lifelong nerd. Outside of exalting the greatness of Bioware games to whoever will listen, her passions lie in writing, browsing Wikipedia, and voraciously consuming all vampire-related media. Ellie has also been known to write and perform stand-up comedy. Follow her on Twitter!